Team Classic Suzuki's James McHardy set a new lap record during the fourth round of the Motul Suzuki Bandit Challenge at Cadwell Park, picking up two second places and a third for his efforts around the Lincolnshire circuit.

In a tight race one, which saw less than a second split the podium finishers, McHardy set his new lap record as he finished second, narrowly missing out on bettering title rival Harley Prebble to the win. Class-newcomer Sam Smith was third. 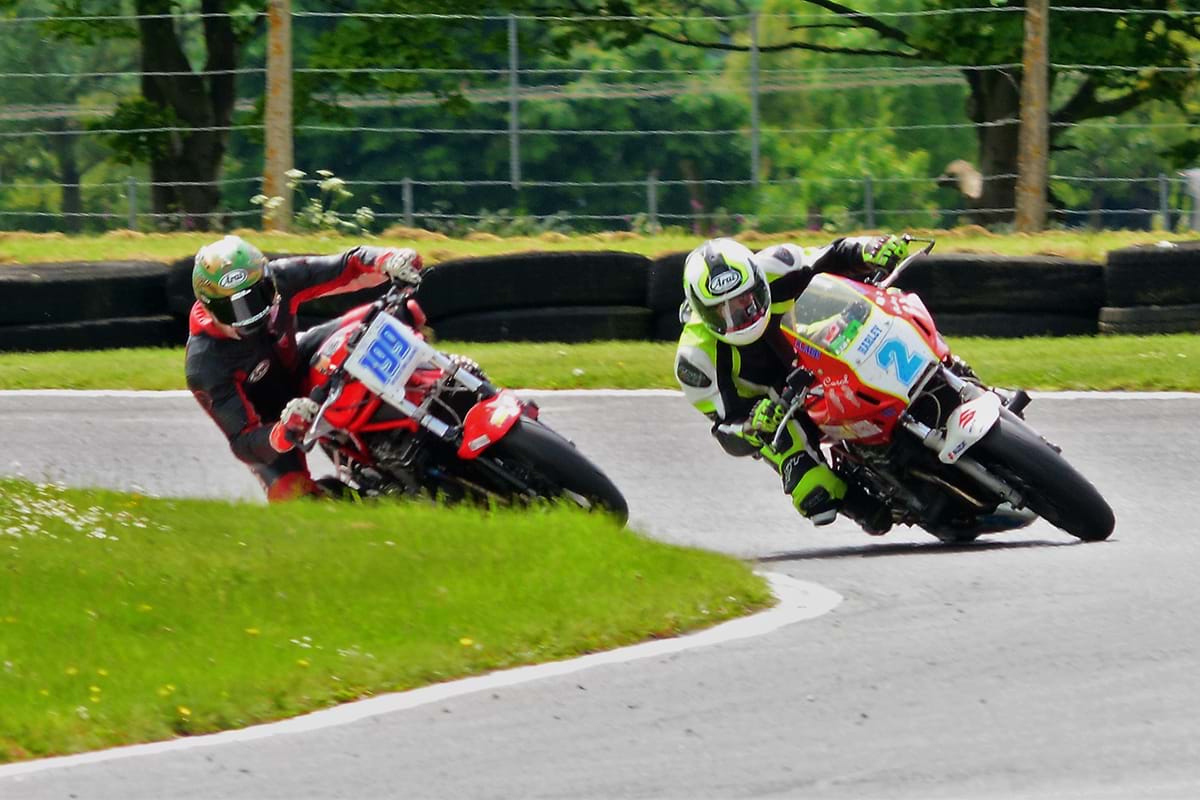 McHardy's hopes of overturning the points deficit suffered in race one were dashed when he was forced to retire on lap one, allowing Prebble to bag another victory, ahead of Smith and Carl Smalley.

Coming from the back of the grid, Team Classic Suzuki's McHardy battled to another podium in race three, finishing third, with Prebble making it a hat-trick ahead of Smith. He improved to second in the final race, but it was a clean-sweep for Prebble, who made it four wins from four with Smith third, the race red-flagged after six laps.