Buildbase Suzuki’s Danny Kent has suffered a dislocated and fractured hip, after a crash at the fifth round of the Bennetts British Superbike Championship at Donington Park.

In the second superbike race of the weekend, Kent – running inside the top 10 – lost the front of his GSX-R1000R on the way into Coppice on lap nine. Sadly, a relatively innocuous crash had disproportionate consequences, with Kent struck by the bike in the gravel trap.

Transferred to hospital, the former Moto3 world champion underwent surgery to correct the dislocation. He will undergo further surgery on Tuesday to repair the fracture. 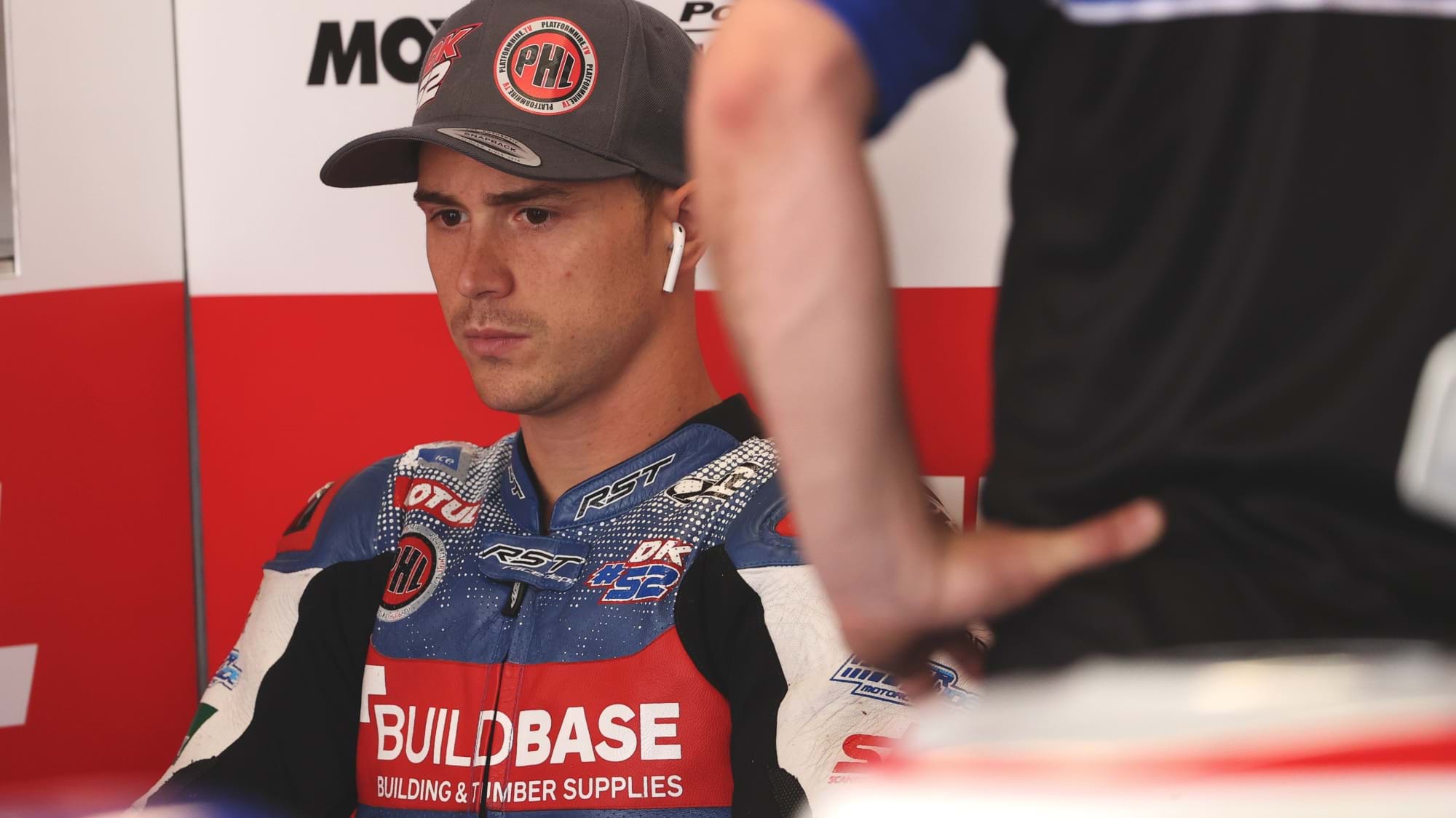 Kent arrived at Donington Park off the back of his maiden BSB podium at Thruxton. Struggling with setup, he qualified 17th but was ninth on the opening lap of race one before dropping back down the order. Again running inside the top 10 in race two, he set a lap time good enough for sixth on the grid in the final race, before his crash approaching half-race distance.

Buildbase Suzuki team manager, Steve Hicken, said, “It was a fairly nothing crash that’s left Danny pretty beaten up. They got him in and seen to pretty quickly at the Queens Medical Centre, to be fair, and he’s had one round of surgery. He’ll have another operation on Tuesday. At this stage it’s impossible to say how long he’ll be out for. We’ll see how Tuesday goes and go from there.”