He joined the team ready and raring to go in 2020 after injury curtailed his 2019 campaign. But with two National Superstock 1000 titles, a Superstock 600 crown, and a British Supersport championship under his belt, Keith Farmer was looking to assert himself as a competitor in the hotly-contested superbike class this year aboard the Buildbase Suzuki GSX-R1000. Sadly, racing is currently on hold, but we caught up with him to find out how the shakedown test went and what he’s been up to.

It’s been a false start for everyone involved in racing across the world this year, with all the preparation and anticipation coming to nothing thus far as the world combats the Coronavirus pandemic.

Buildbase Suzuki’s new recruit, Keith Farmer, missed a big chunk of 2019 through injury, and was just getting back into the swing of things with a shakedown test at the team’s Mallory Park base.

“It was a really good test actually; we got perfect conditions and good track temperature, and it was great to get some laps in. With being off a superbike for a full eight months it was a shock to the system to say the least, readjusting to the feeling and my eyes keeping up with going so quick again.

“With it being a shakedown test for us we didn’t really change too much on the bike, and to be honest it didn’t feel that far away at all. It was about getting my head back in getting my brain back up to speed but I was impressed with how the bike turned and how it handled; it felt like a 600 chassis but the engine was on steroids.

“The only thing I felt we needed to work was with the superbike electronics and the throttle connection. I tend to be pretty aggressive with it and so we just need to improve that feeling for me, and we were ready to go testing again before the lockdown.” 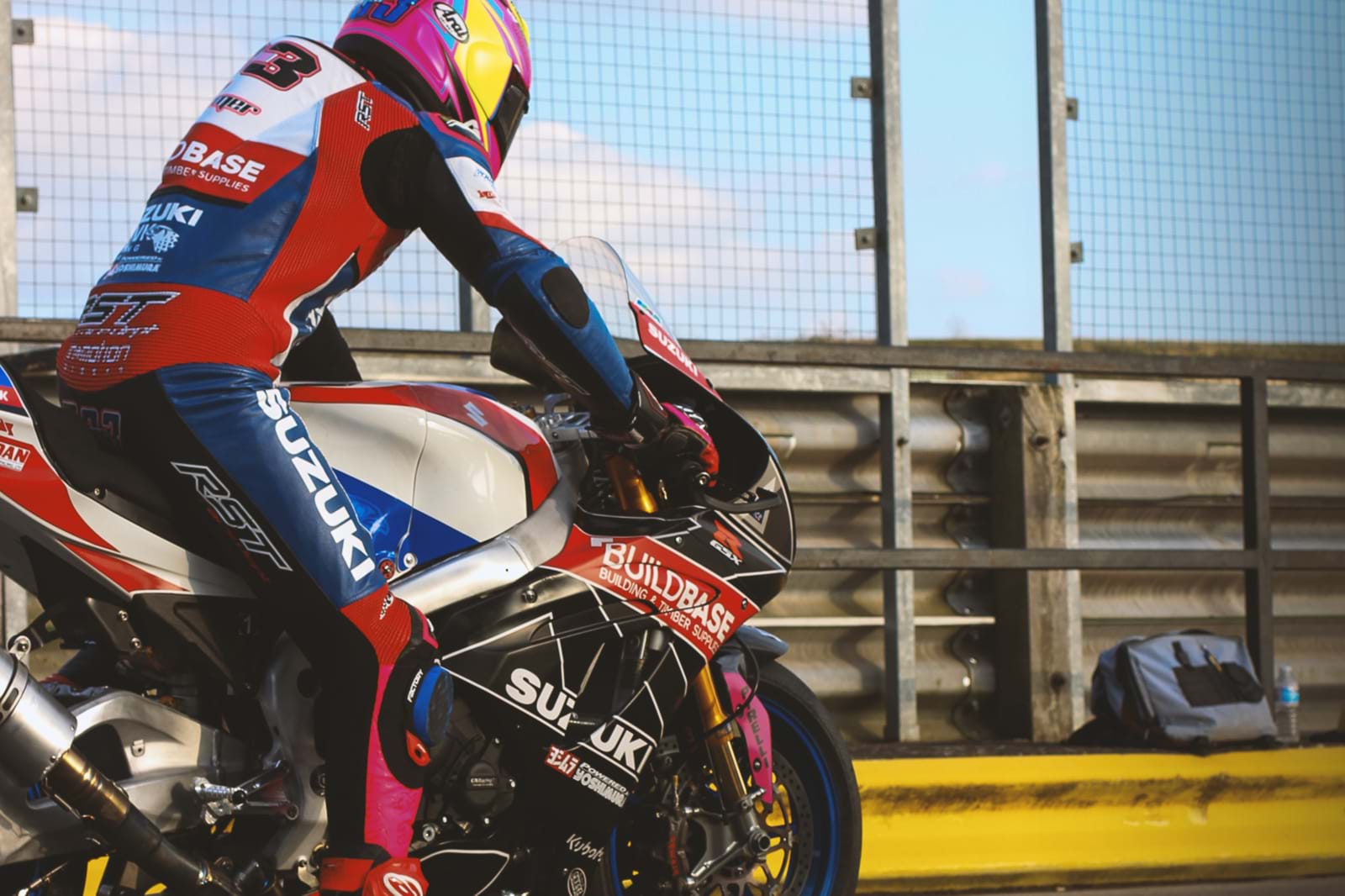 The Northern Irishman is no stranger to winning, with a brace of superstock 1000, a stock 600 and British Supersport title to his name. Despite relative inexperience on a superbike - even with forays into the championship in 2013 and 2014, Farmer was eyeing a solid start to the year before aiming for Showdown and podium contention.

“I wanted top-10s from the off. I was pushing on top-six finishes last season before injury, so I think we could be aiming to start from solid top-10s and hopefully that would have put us in good stead to push on for a Showdown position. It’s such a competitive field but I haven’t been putting any pressure on myself. I’ve got good support from the team, the go racing for all the right reasons so we’re on the same page and that makes for a happy rider, and as they say, a happy rider is a fast rider.” 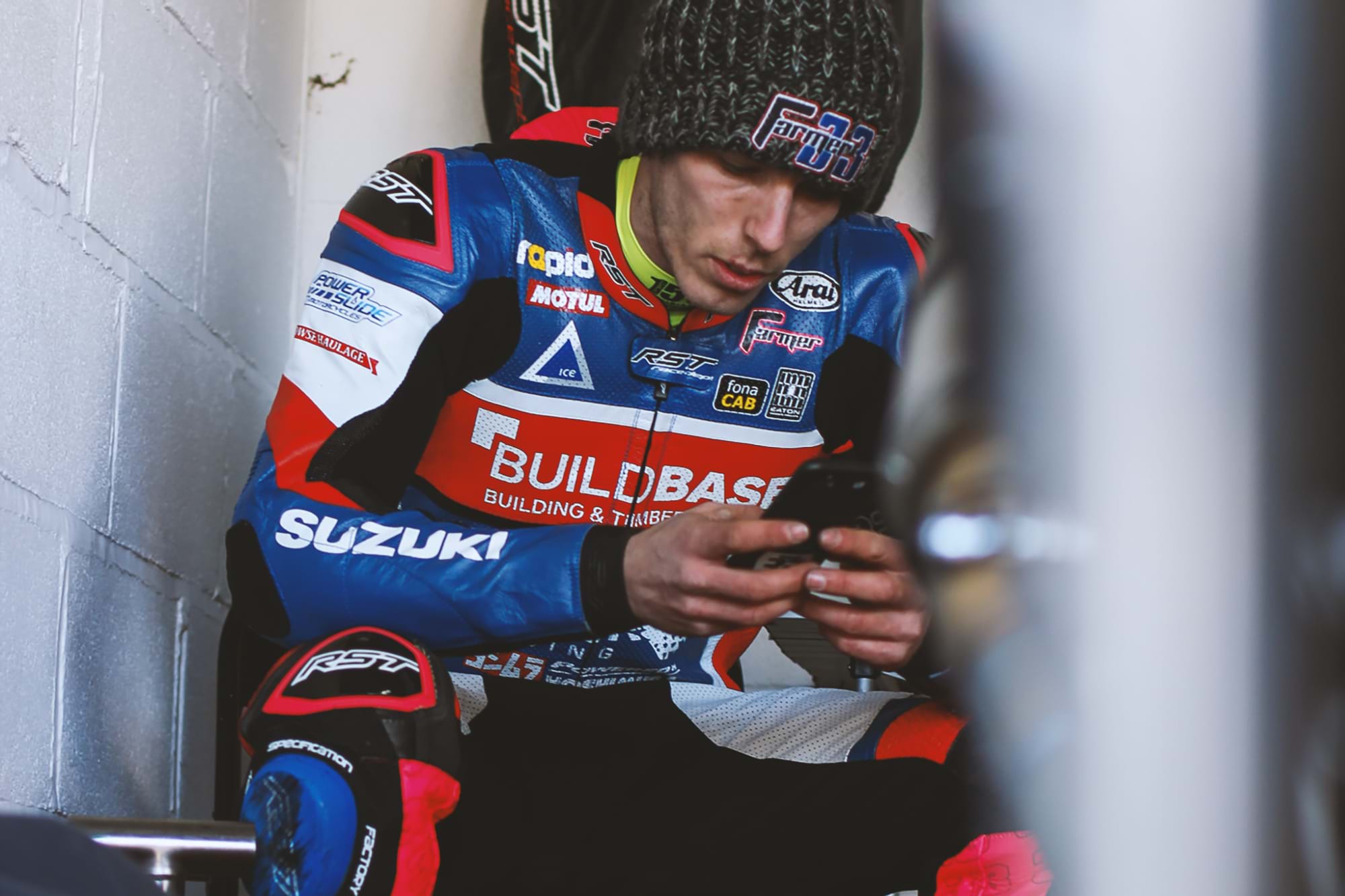 Sadly for Farmer, the team, the rest of the BSB paddock and the fans, racing is on hold as the world pulls together to deal with the Coronavirus outbreak, but he’s keeping himself sharp at home.

“Obviously it’s a massive shame everything is on hold but it’s completely in everyone’s best interests and I hope everyone is staying at home as much as possible. I’ve probably been training harder than ever though, with more time on my hands.

“I’ve got an assault bike and some kit from my trainer Fit4Racing, plus my bicycle on a smart trainer for Zwift, so I’ve been pretty busy.

“Away from the training though I’ve also been kept busy with the family. It was all a bit tough and out of the ordinary at first but we’re dealing with it and it feels like normality now. I live with my partner Sam and daughter Khloe who’s three so that keeps us on our toes, but we’re laughing all day and she’s learning to ride her bicycle and has a trampoline in the garden which keeps her happy and passes the time.

“In the evenings we’re getting through series on Netflix - we watched Safe which was really good and just started Tiger King. I’m also playing a bit of MotoGP19 and the new MXGP game on the PS4. Other than that it’s eating healthily, keeping fit, keeping positive, keeping safe, and waiting to get racing again.”