As we continued looking back through the archives, we found this interview with the late Mitsuo Itoh. Itoh san is still the only Japanese rider to win a TT, and we spoke with him on the Isle of Man in 2007, as part of the centenary celebrations.

Itoh san began his working life as a Suzuki engineer and first became involved in motorsport through hill climbs in his native Japan when he was 23. However, there were no asphalt circuits in Japan in the late 1950s, so it came as something of a surprise to him when Suzuki asked him if he would like to go racing on the Isle of Man. When Itoh joined the company there was no official involvement in any racing activities, so this was something of a new direction.

All Suzuki's riders were chosen from serving employees, who were also very much involved in the race bike development programme. But the desire for success ran through the entire company.

"It was a very exciting period for the company and I liked the TT circuit when I first arrived," he pondered, "but it was very difficult to learn because it was a public road. You had to be very controlled, very smooth, and I had to keep upright as much as possible so as not to lose power." 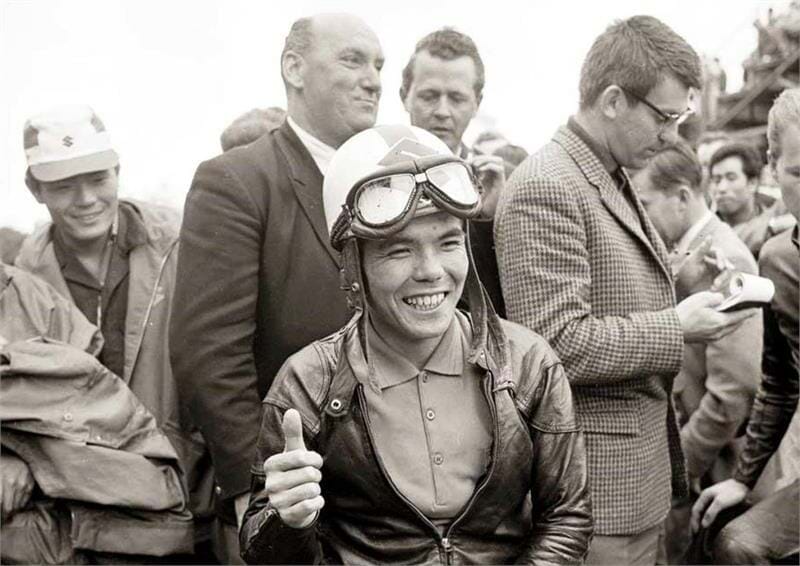 Itoh san's 50cc Suzuki RK67 had a 14-speed gearbox to keep revs high (it revved to over 20,000 rpm) but he believed that it could have done with two more gears. In fact, as part of his engineering development work with Suzuki, he had been planning some high speed runs in Salt Lake City with 16 and even 18-gear bikes before a change in FIM regulations.

He admits to being very nervous before the 1963 50cc TT and was just 0.3s behind Ernst Degner when the German broke down in the middle of lap two. "The circuit was very bumpy in those days," Itoh remembered. "I hardly spent any time on the seat but it was an amazing feeling when I realised I had won the race.”

When he returned to Japan, Suzuki held an enormous party in his honour and paid all its 1000 employees a generous bonus. The factory's first successful TT rider also received congratulatory messages from all the other Japanese manufacturers, especially Honda, who first went to the TT four years earlier. 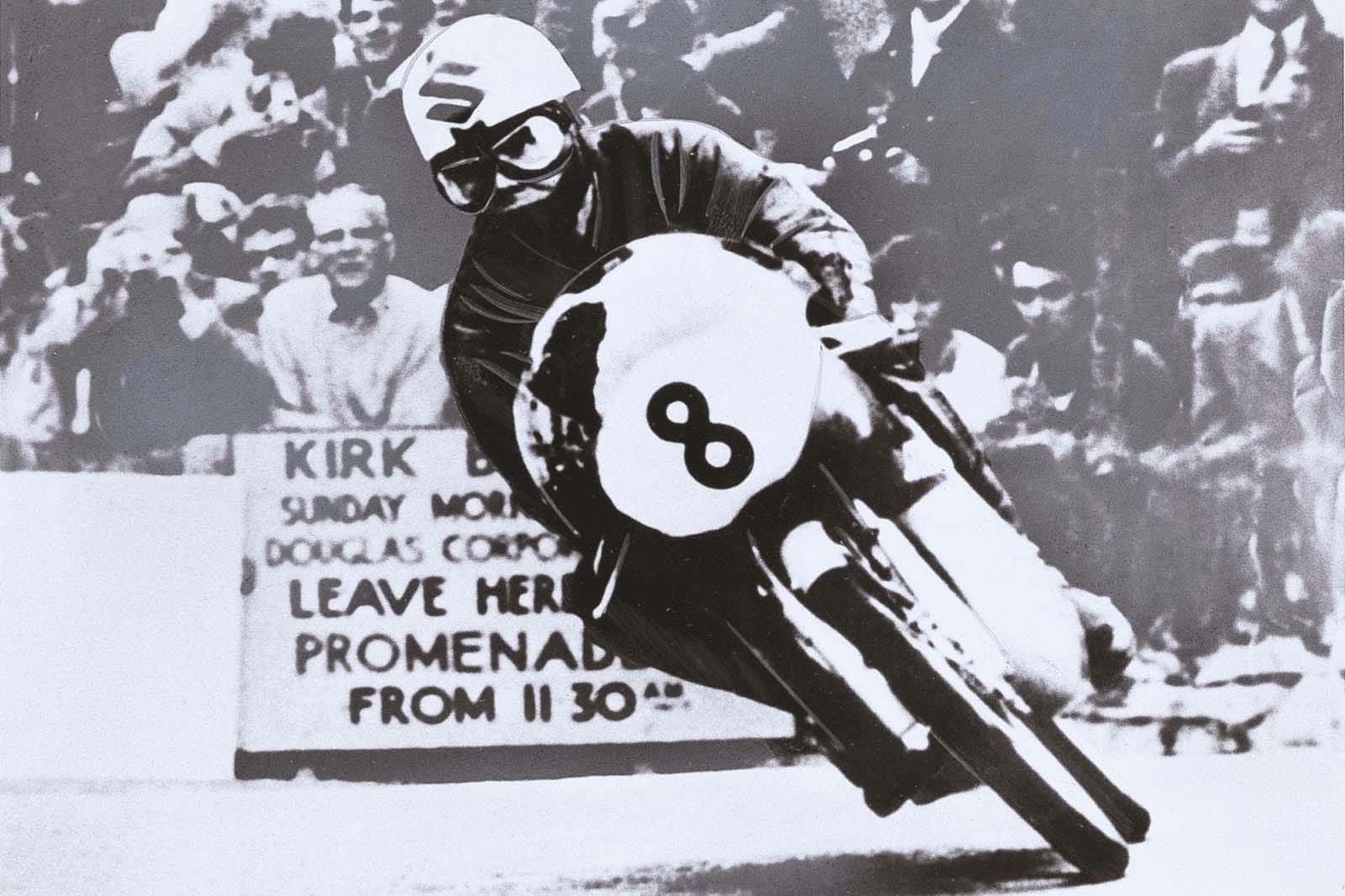 Itoh believes that riders in the 1960s had a much more difficult job than today. "The machines were much more basic then," he reflected, "and the rider had to make up for a lot of the bikes' deficiencies."

In 1969, he raced for Suzuki at Daytona on a 500cc two-stroke triple from which he went on to develop Suzuki's classic GT750. After developing further three-cylinder GT models - the 380 and 550 were launched in 1972 - he moved to the company's marketing division at a time when the Japanese government introduced new riding legislation. 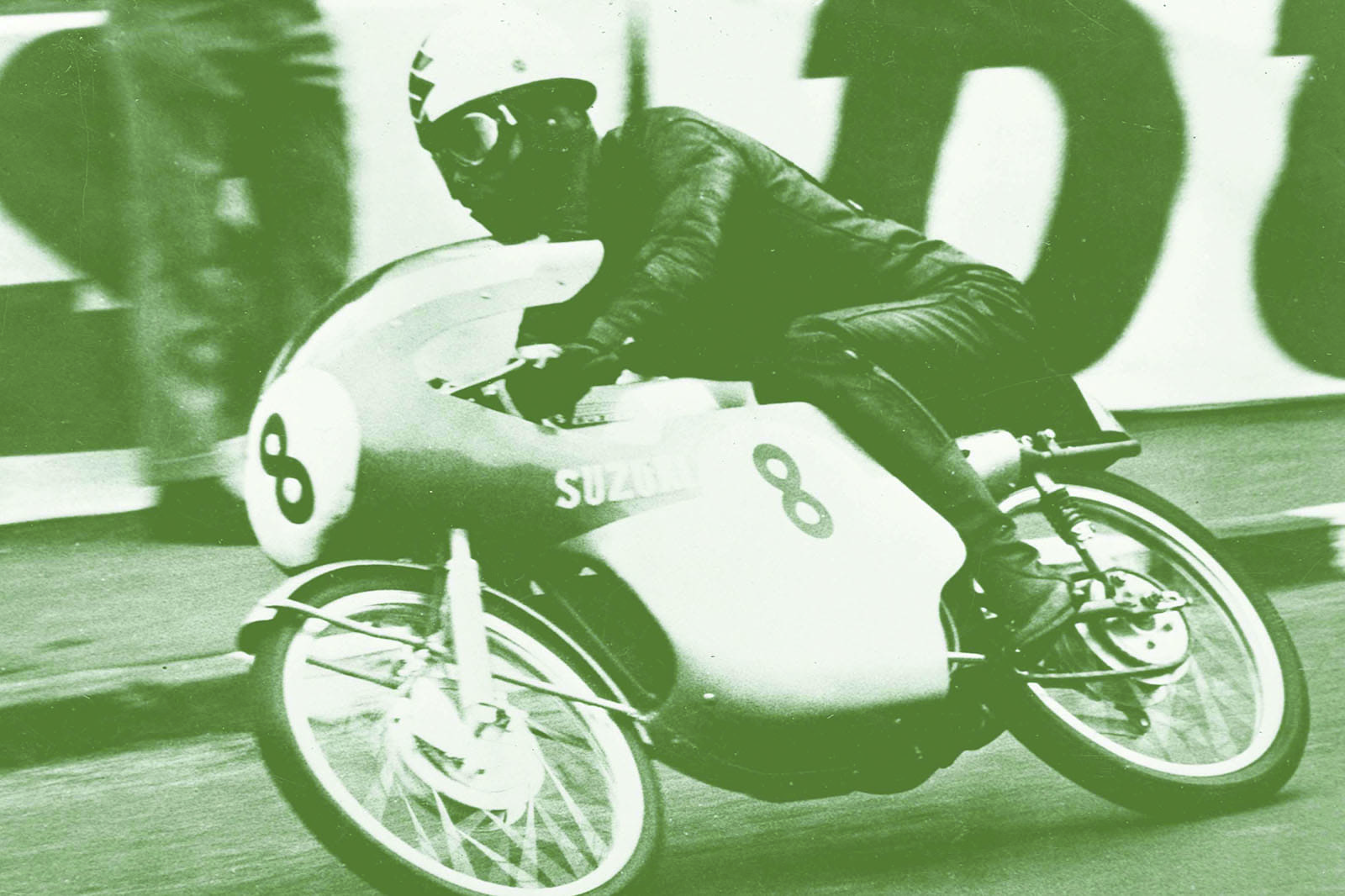 "Many young riders were crashing in those days, so the government brought in special motorcycle instructors and I became one of those. We were also selling a lot of machines to the police, so I combined those two roles."

Itoh san also spent some time working for Suzuki in China before moving to the company's overseas operations in the early 1980s. It was at this time that Suzuki asked Itoh to co-ordinate the resurrection of its official GP racing programme, which had finished at the end of the 1960s. Heron Suzuki - the UK's official importer - had asked for the factory's race bikes, and one of Itoh's 125cc machines found its way into the hands of a certain Barry Sheene.

Mitsuo Itoh officially retired from Suzuki Motor Corporation in 2000, but he wasn't quiet for long. From 2002 to 2006 he acted as advisor to the title-winning Junior World Rally championship team, paving the way for Suzuki's entry into WRC next year with the SX4 car. He was also on the Island for the 100th TT.

"It was wonderful to be back in the Isle of Man for the 100th TT," Itoh san said. "I was here for the 80th anniversary but it was good to see the way the Island has changed since I won here and to meet some old friends again. I hope it is not so long before another Japanese rider can win a TT!"