I was there: developing the GSX-S1000

Shinichi Sahara has worked at Suzuki since 1989, spending most of his time in the racing department. In fact, he’s the current project manager for the MotoGP team, having previously been the technical manager. In between those roles, however, Sahara-san moved over to head up the GSX-S1000 development as chief engineer, and also worked on the GSX-R1000R. We talked to him at the GSX-S1000 launch.

“This bike is very exciting to ride,” Sahara-san opened with. “When we were developing GSX-S1000 the concept was for something fun and sporty to ride. And with my background in MotoGP, we used a lot of new ideas to make them light and agile and exciting bikes to ride.”

Shinichi Sahara started at Suzuki in 1989, working as an engine tester for four years before moving into the racing department as a project leader for the company’s superbikes.

“After my role as an engine tester I looked after superbike racing, from World Superbikes to AMA and other domestic series,” Sahara-san explained. “While in that role I was involved in the engine development for the four-stroke MotoGP era, as most of the engineers had no experience with four-stroke technology, having spent their time working on two-stroke engines. 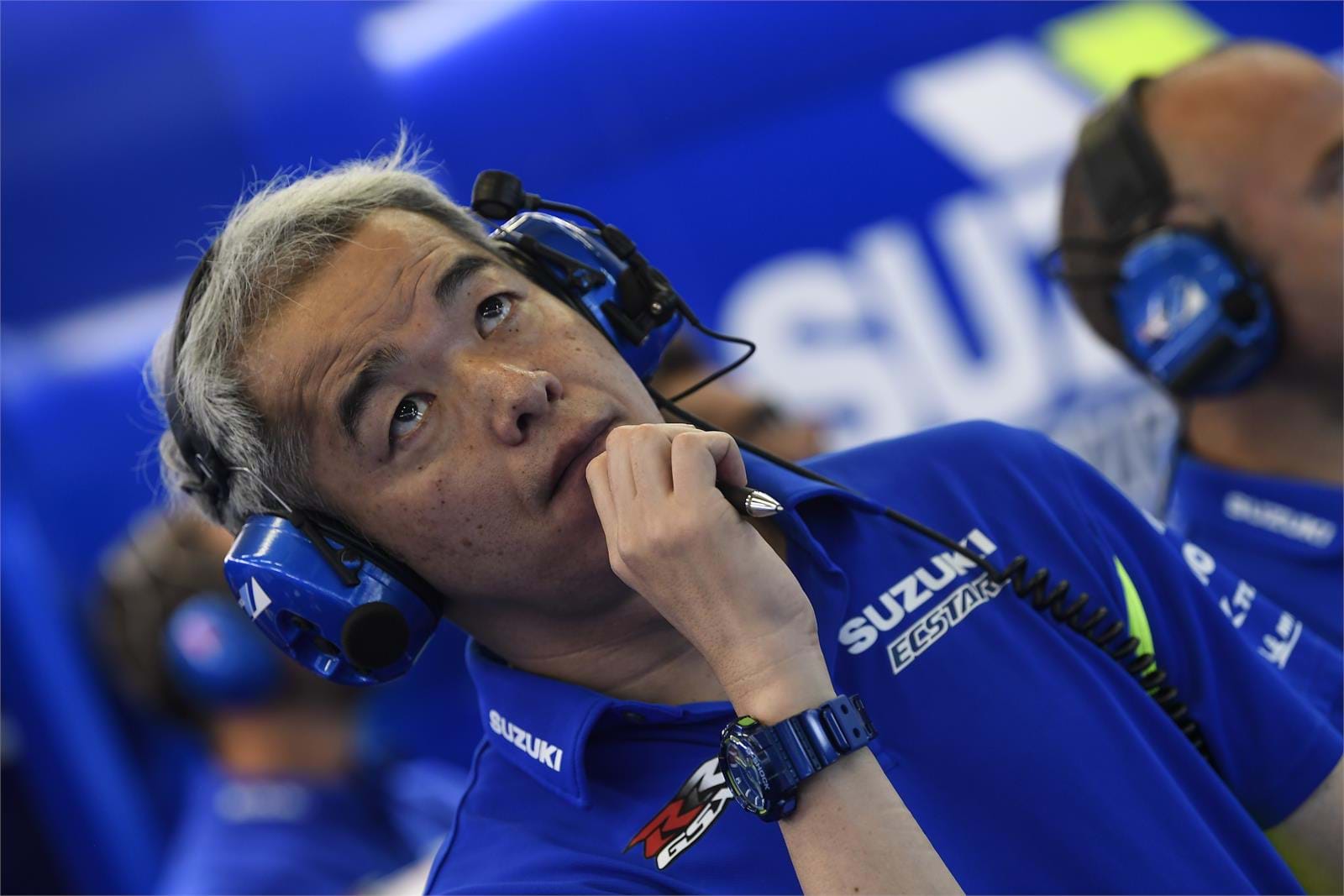 “After that I worked on the MotoGP project full-time from 2003. I went to every race as part of the team as a technical manager, which was a lot of fun. After 2011 it was agreed that my role would change and that I would move from racing to production, as we wanted more technical transfer from racing to production machines. My role in racing was exciting, but I was also very excited to bring those technical developments to mass production machines.”

With the GSX-S1000 project just beginning, Sahara-san joined as Group Manager and Chief Engineer, a year and a half before the bike’s unveiling at Intermot. 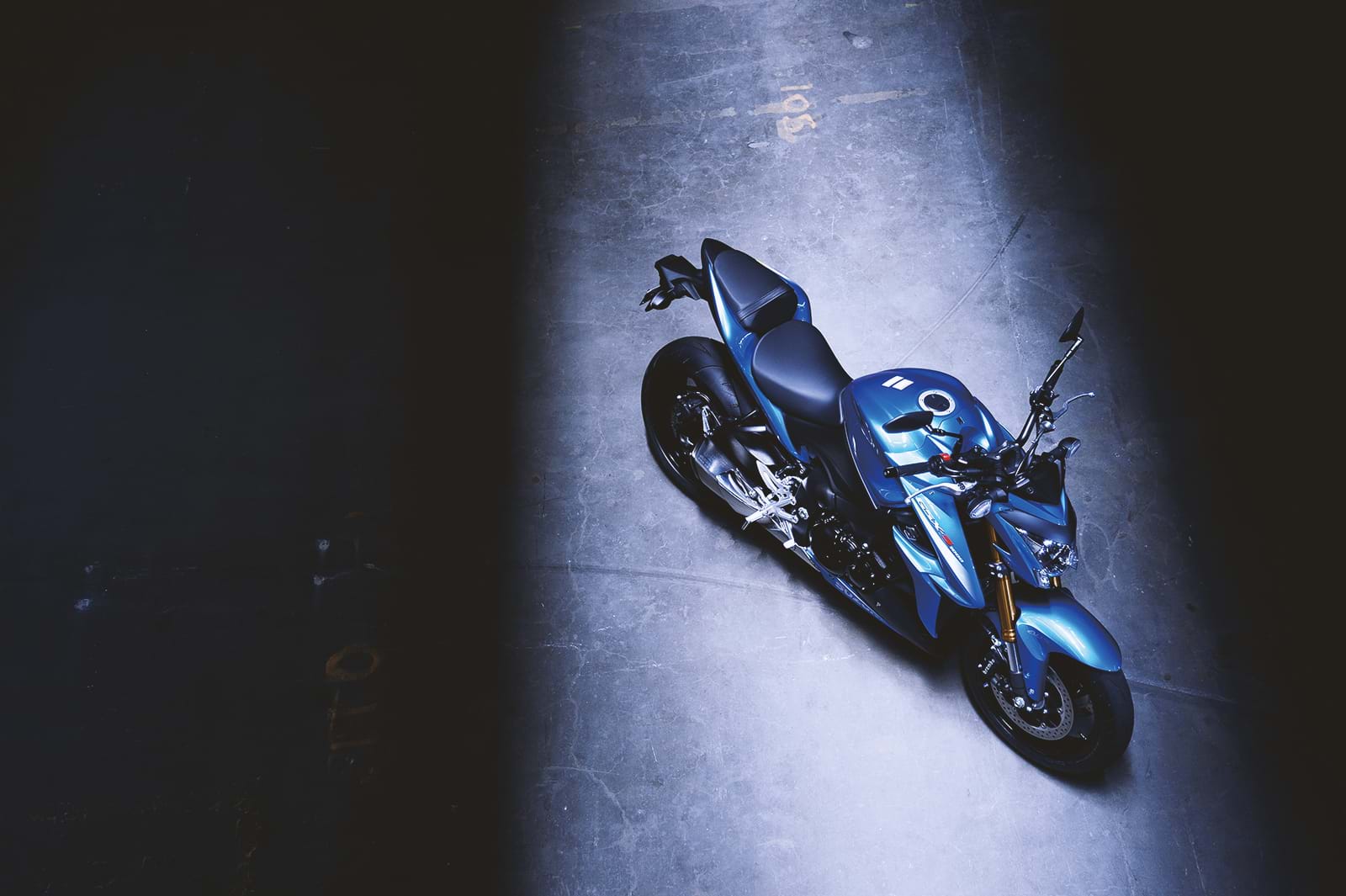 “The project was just beginning when I came onboard. I was mainly in charge of the technical side and testing side of the bike. Even though when I joined there had already been discussions about the engine, we agreed that a K5 GSX-R1000-based engine was the right choice. It has a longer stroke and that creates smoother torque at the bottom end and is good for everyday riding, but also good and exciting when you open the gas hard coming out of corners. I also had lots of experience with this engine.

“The engine had a bit of retuning. There has also been a lot of work on the engine’s internal components too with new pistons for example. It is very exciting from the bottom to the top of the rev-range. 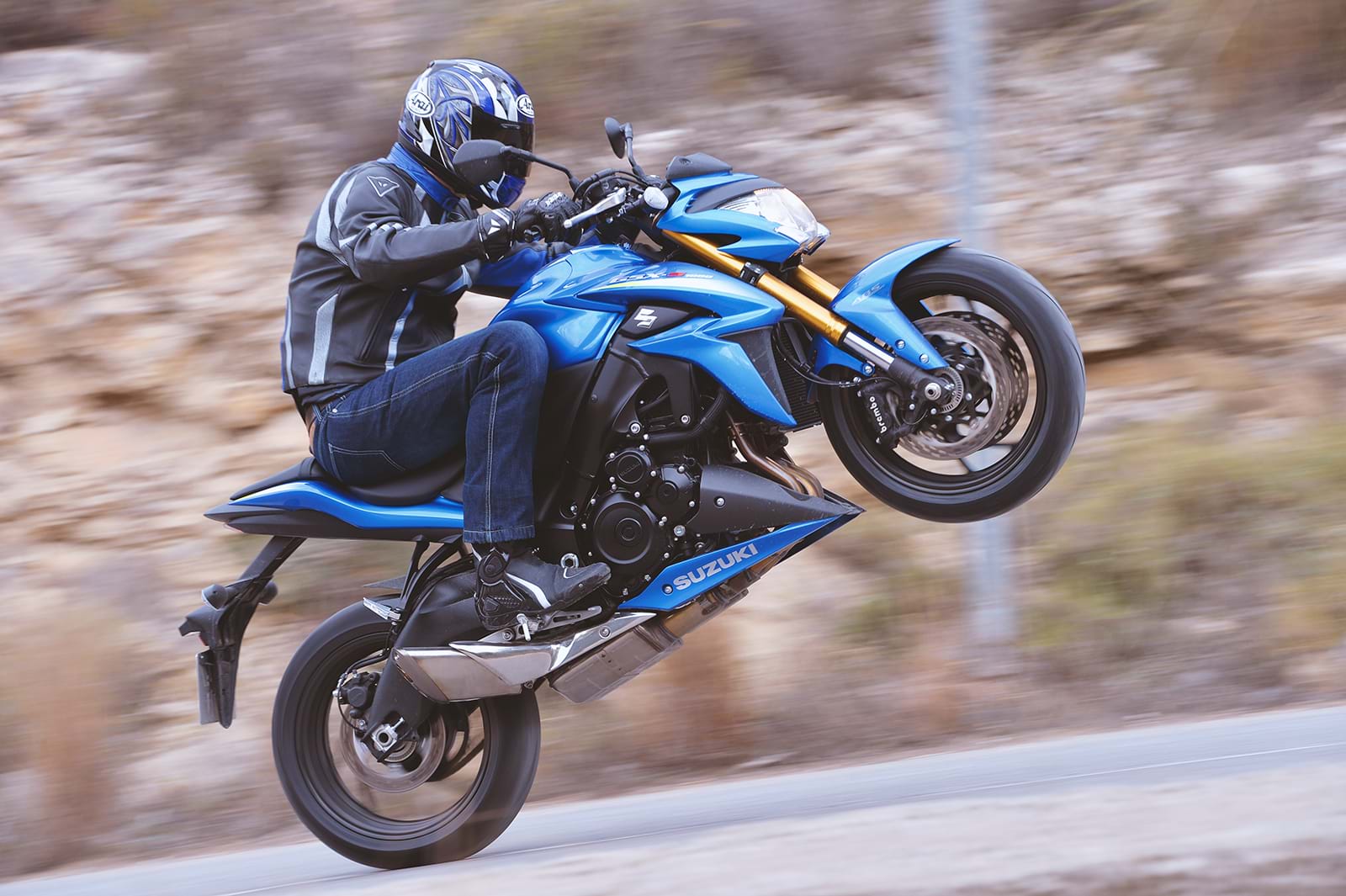 “After we decided on the engine architecture, we built a brand new chassis around it. The all-new frame was built using new designs and technology from the racing department. It is lighter than the GSX-R1000 frame of the same time. We also changed the places of the welds, which allowed us to further optimise the frame’s thickness and rigidity against its weight. 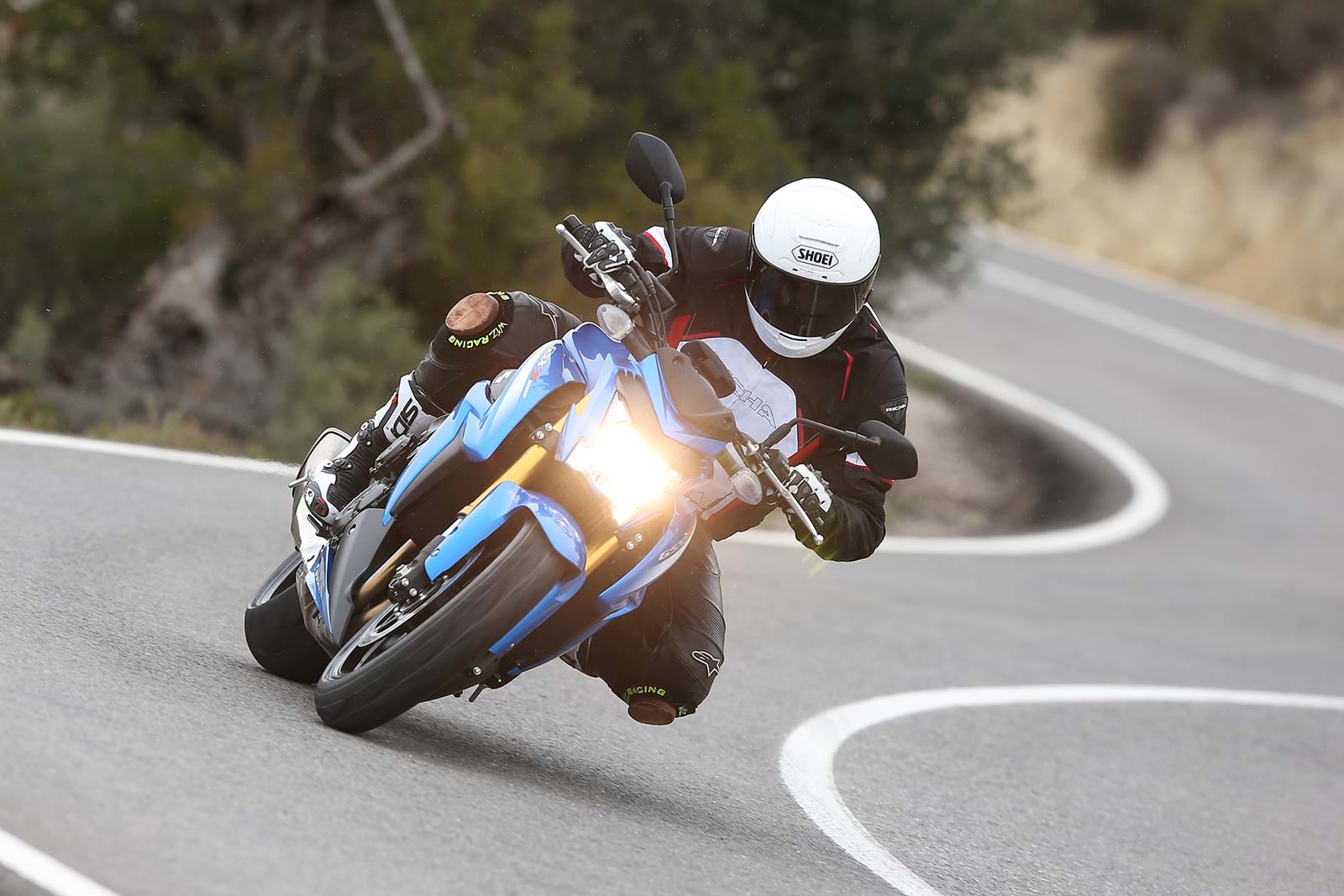 As well as the technical aspects of the bike, Sahara-san also had input and a role in the design and concept elements, providing key feedback on all areas.

“In my role I also had small involvement with the styling. I would tell the designer, ‘I don’t like this, I don’t like this’. I was overseeing the whole project, and an important element is explaining the concept and developments for approval.

“The styling designers originally wanted to use the newest GSX-R1000 engine as it is slightly smaller, but because of how and where the GSX-R1000 K5 engine makes its power, this was the best style of engine for this type of bike.

“On the design too, we wanted something sharp and edgy, but not too edgy and extreme. The target user for this bike spans a wide range of generations. In Paris there were a number of concepts and designs and feedback on some were that designs were too extreme, and this can alienate some riders. 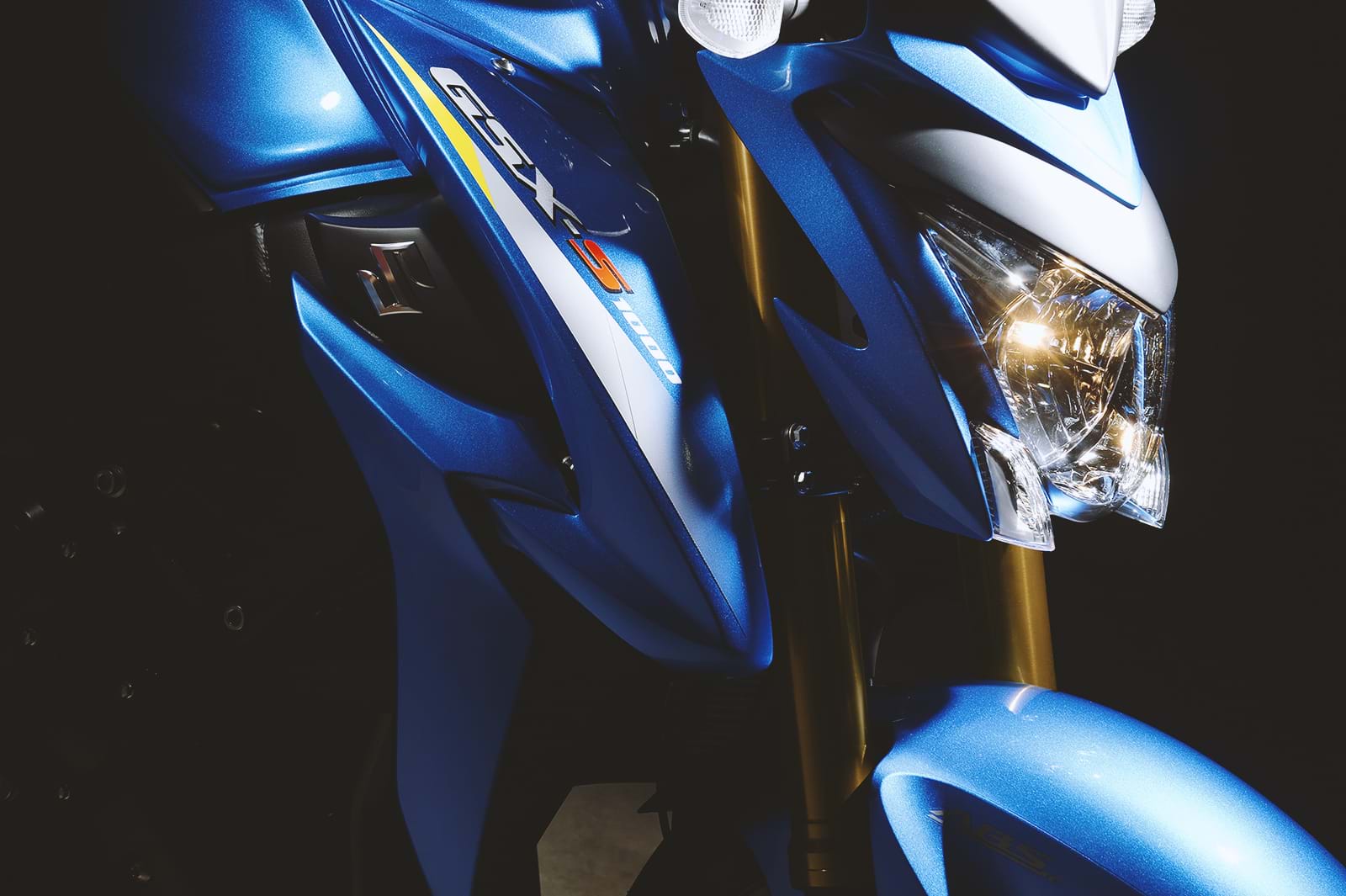 “The concept was to be sharp, depicting a sort of crouched big cat in terms of pose, with a hunched posture, like it is ready to strike. It is still edgy, however it is a more sophisticated design compared to some other bikes of this style that can be a bit too extreme.”

Shinichi Sahara ended our conversation by touching on the fun element of the bike again.

“This bike is fun wherever it is ridden, for whoever is riding it. It’s light and nimble, with usable and exciting torque. In my opinion it is also the best sounding Suzuki. It makes a great noise when you open the throttle.”