Suzuki's GSX-R125 has won the 2020 Freetech Endurance Championship, with victory in the final round of the season; a six-hour race at Mallory Park.

Piloted by former British Superbike and Superstock racer Alastair Fagan, former Superstock 1000 rider Bruce Wilson, and current Superstock 1000 racer Tim Neave - who won at Silverstone aboard a Buildbase Suzuki GSX-R1000 earlier this year - Team Suzuki clinched both the series' Streetstock and overall championships in a thrilling finale. After six hours of racing just 38 seconds was the margin of victory. Team Suzuki went into the weekend 19 points adrift of title rivals - a Honda CBR125-mounted outfit headed up by former British championship racer Hudson Kennaugh - and drafted in Neave for the longer six-hour race, knowing only a win would do. Competing against British and world championship level riders including Tom Booth-Amos, Chrissy Rouse, Stefan Hill, and Storm Stacey, Team Suzuki led the early stages, before yo-yoing between first and fourth place as pit stops came into play, but always ahead of fellow championship challengers.

Holding second overall (though first in class) with an hour and a half to go the championship was all but assured, as a mechanical issue forced Kennaugh's retirement. Still racing on, however, Team Suzuki overhauled race leaders FAB-Racing, to take the outright victory. The result gave the GSX-R125 both the Streetstock championship win, as well as the overall championship title.

The win comes after Fagan and Wilson finished seventh overall (and fifth in the Streetstock class) at the season-opening four-hour at Teesside Autodrome aboard a completely standard machine, including headlights, indicators, numberplate, and exhaust. The team returned for the second round of the series at the same venue equipped with a racier steed. Road bits removed, the bike was fitted with race bodywork, a full Yoshimura exhaust, and a larger rear sprocket, before being raced by Fagan and road racer Mike Booth to second place. 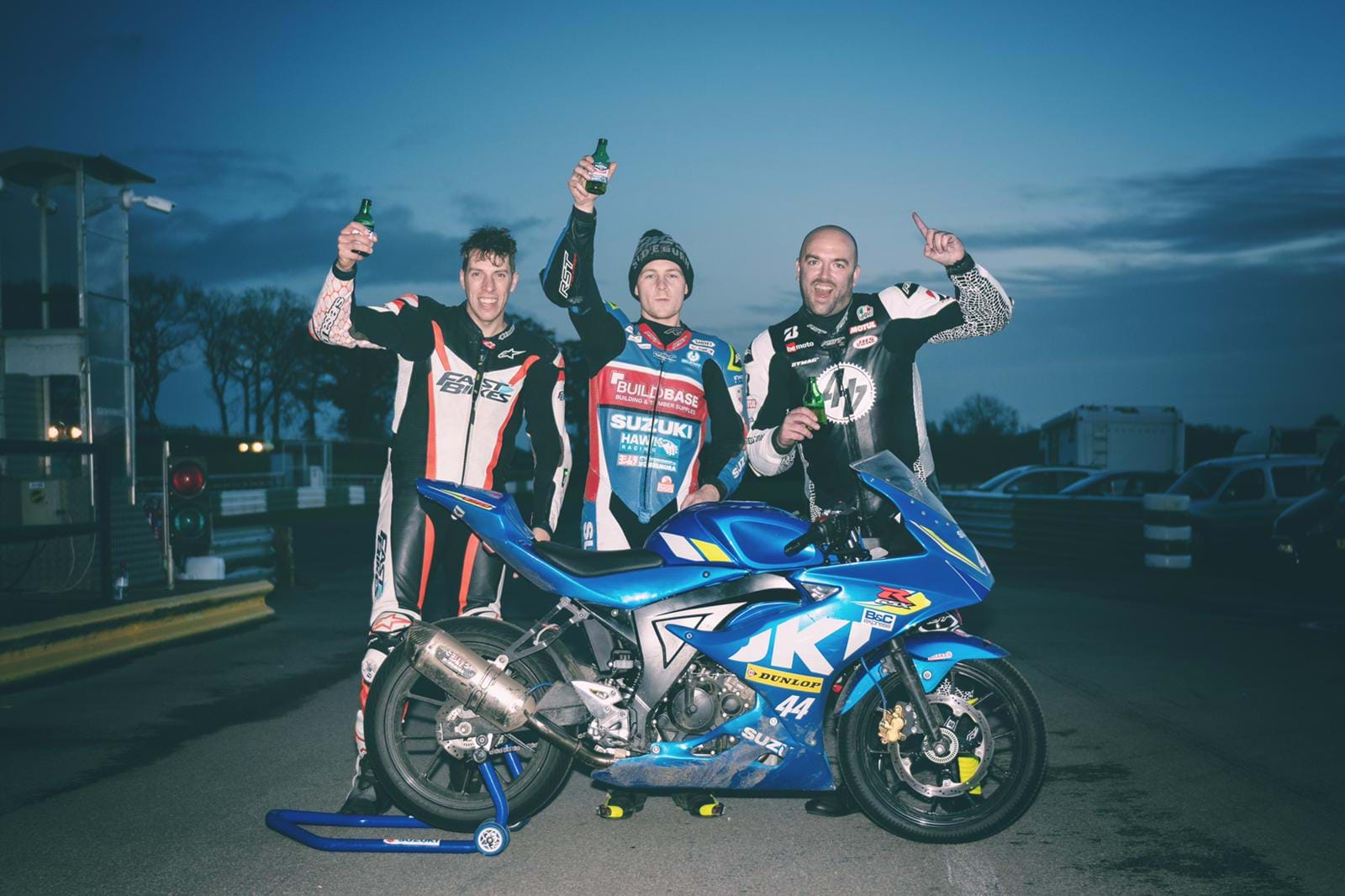 Suzuki GB's head of motorcycle marketing, Ian Bland, said, "Fresh off the back of SERT winning this year's Endurance World Championship with the GSX-R1000, the GSX-R125 proves it is cut from similar cloth by winning the Freetech 125 Endurance title. There were some very talented riders in the field at Mallory Park, including British and world championship racers such as Storm Stacey, Tom Booth-Amos, and Stefan Hill, plus a plethora of British Talent Cup riders, but the little GSX-R proved its combination of performance and reliability was an unbeatable package. Thank you to Alastair, Bruce, Mike, and Tim for making this championship possible, and also to the series organisers and the other teams and riders for being excellent competition and making us feel welcome in the paddock."