GREGG BLACK LOOKS BACK ON OUTSTANDING

Yoshimura Suzuki Endurance Racing Team Motul rider Gregg Black reflects on the team's victory at the 24 Heures Motos and looks forward to Spa-Francorchamps on the 4th and 5th of June.

“I really appreciated riding at Le Mans this year as it was quite a big break since our last 24-hour race. Even though it was a really tough event, everything worked well for us – the conditions were perfect, it was great to have the crowd back, we all felt good on the bike and we were fast. It was an incredible feeling to win as we pushed – and were pushed – hard throughout the full race and there were plenty of challenges thrown in to keep things interesting." 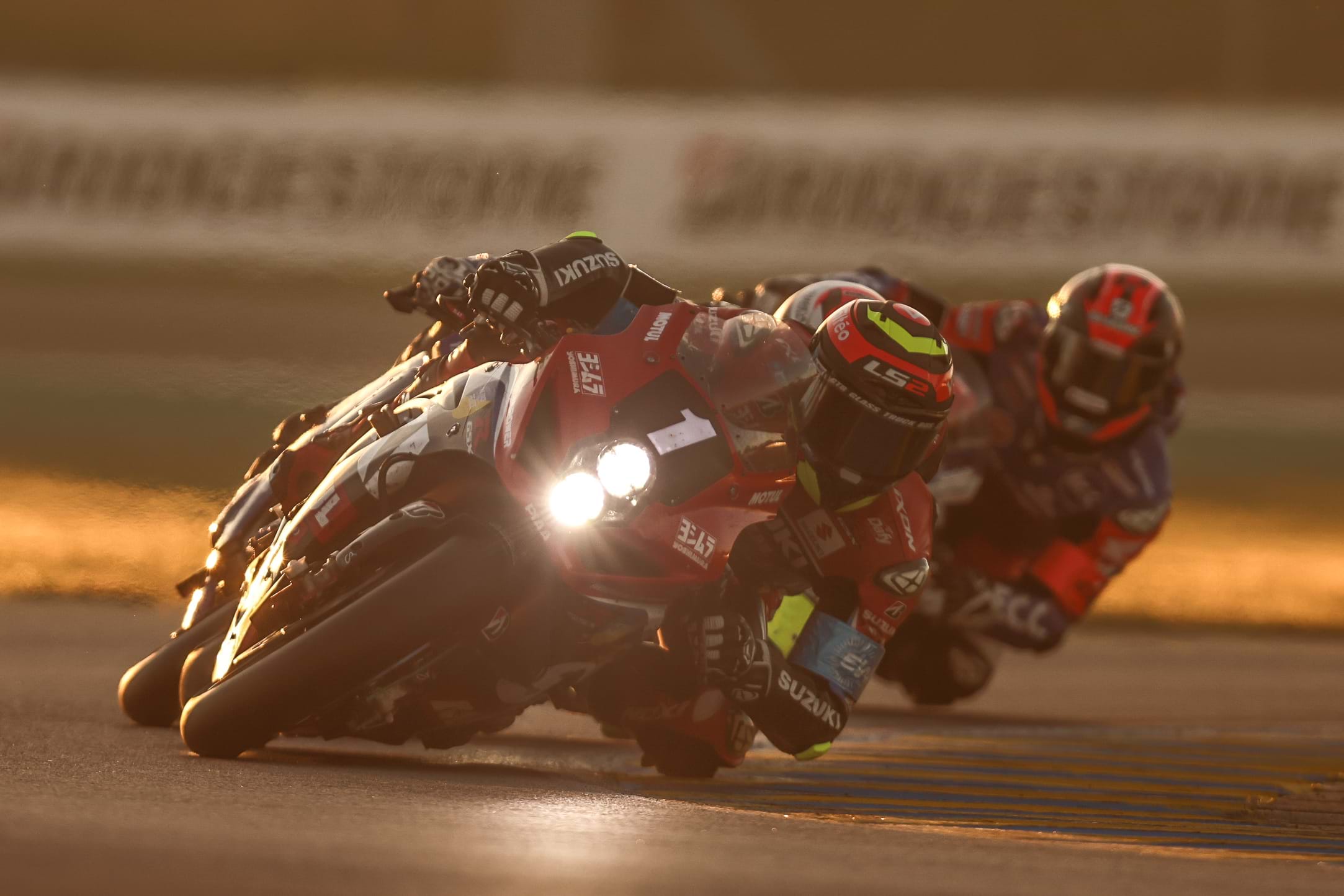 “Obviously a 24-hour event is always going to be long, but at Le Mans it was even longer as the race procedure started early at around 1pm, so you’ve already spent two hours in a race suit before the start. I broke a heel bone a few weeks ago at the official pre-Le Mans test and there wasn’t much that could be done about it apart from some physio. It felt okay from the start of the race week and the start run to the bike was not as bad as I thought it would be. I couldn’t have run a mile or anything, however, a few metres to the bike was fine and I managed a perfect start, grabbing the holeshot from second on the grid."

“There’s a lot of adrenaline flying around at the start and you’re pumped up like in a superbike race. I have learned to manage stress though and always calm down pretty quickly. It’s a long, long race after all and you have to ride to the objective the team gives you, which is not to go flat out in the first stint and to pace yourself. Obviously, this time, the pace was determined by the safety car, which came out on the first lap and we lost our advantage. It’s really important to concentrate when you’re riding behind the car, avoid making any mistakes and be ready to get back on the pace straight away – which we did." 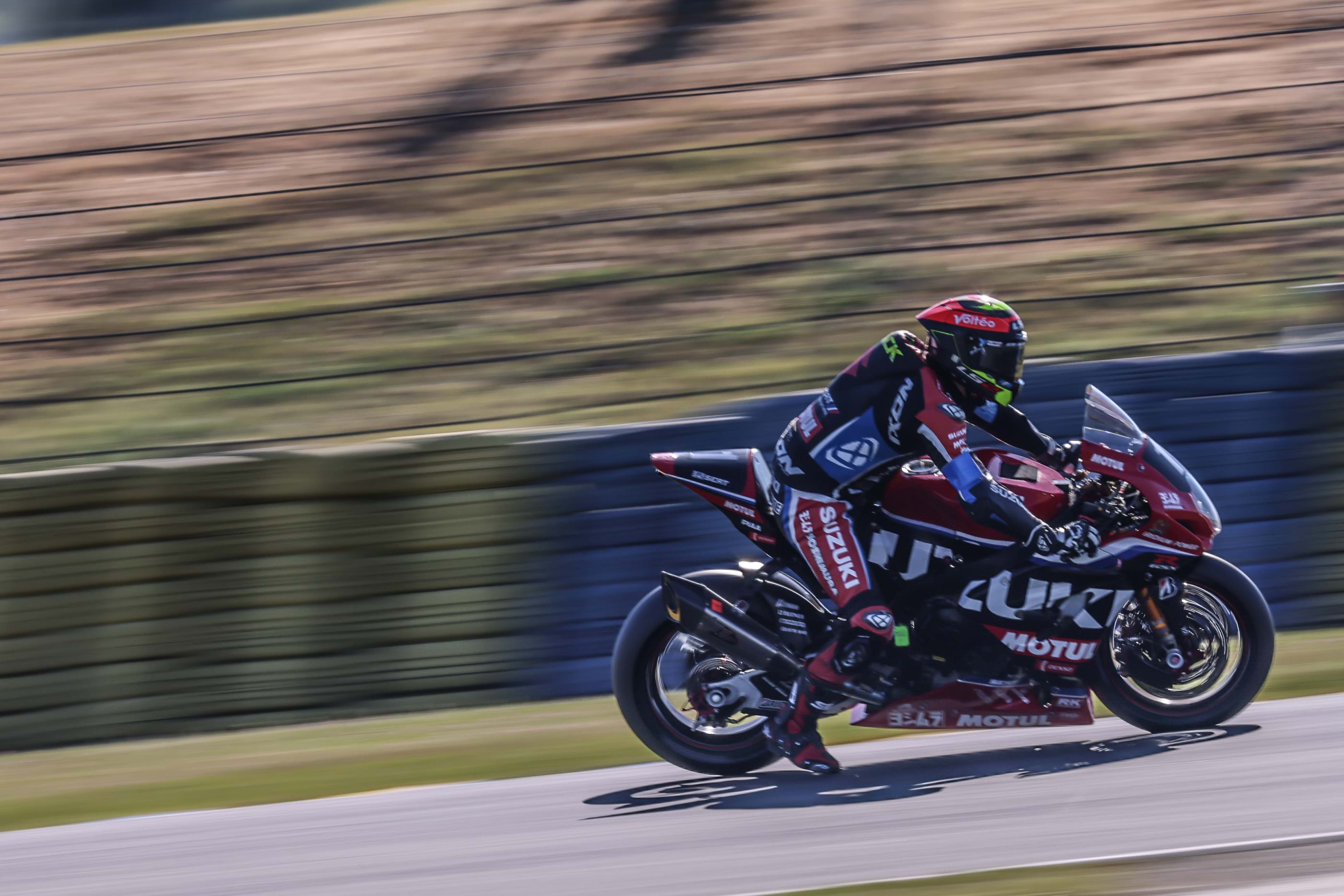 “Last year, when other teams suffered mechanical problems, we calmed the race down and managed it comfortably with a huge margin to the end. This year was different in that the other teams were very fast and competitive and we needed to contain them."

“There were a lot of bikes on the track at all times, which meant plenty of overtaking, so that also made things difficult as we needed to keep the fast pace while overtaking slower riders and not making mistakes. We were lucky with the temperature this time around as it was perfect – warm, but not too hot during the day, and it didn’t fall too much at night."

“In the morning, we knew YART were strong and fast and set for a big battle. When they decided to chase hard, we responded well. Around 7am I felt good, both physically as well as on the bike, and I decided to go for it to keep a full lap advantage, I even managed to post the event outright lap record in the process, which was good for the whole team. Mentally, we managed to beat them and while we were still riding hard and with a fast pace, we controlled it right to the end, when Sylvain crossed the line a full lap ahead, and we lifted the trophy again. A brilliant result and a fantastic start to the season." “Looking ahead now to the next round at Spa-Francorchamps in Belgium, it’s going to be hard for everyone. I’ve never set foot in the place, let alone ride there, and so it is going to be completely new for me. Two 24-hour events in one season is a lot, as they are demanding for the rider and bike. But this year we have three 24-hour rounds, which is almost too much!"

“The weather could be temperamental, which could make it pretty tricky. However, we will be competitive and will be in the game. The objective as always will be to score maximum bonus points and to get on the podium. I am looking forward to it, but it will just be a steep learning curve."

“I’ve got a few things to fit in between now and Spa. I run a company that provides track days where I take pillions on a Suzuki GSX-R1000R – of course! We get lots of fans wanting to have a go, as well as non-riders who just want the thrill of the experience. I’m also a riding school teacher, so I’ll have enough to keep me occupied as well as getting ready for round two, staying fit and getting some tests in."