First podium of the season for Mir at Portimao

FIRST PODIUM OF THE SEASON

Joan Mir collected his first podium finish of the season at the weekend, finishing third aboard his GSX-RR at Portimao for the Portuguese Grand Prix.

The reigning world champion - who was robbed of a podium at the season-opener during the race to the line - battled for the lead for the early part of the race after making a great start and a number of overtakes in the opening laps. 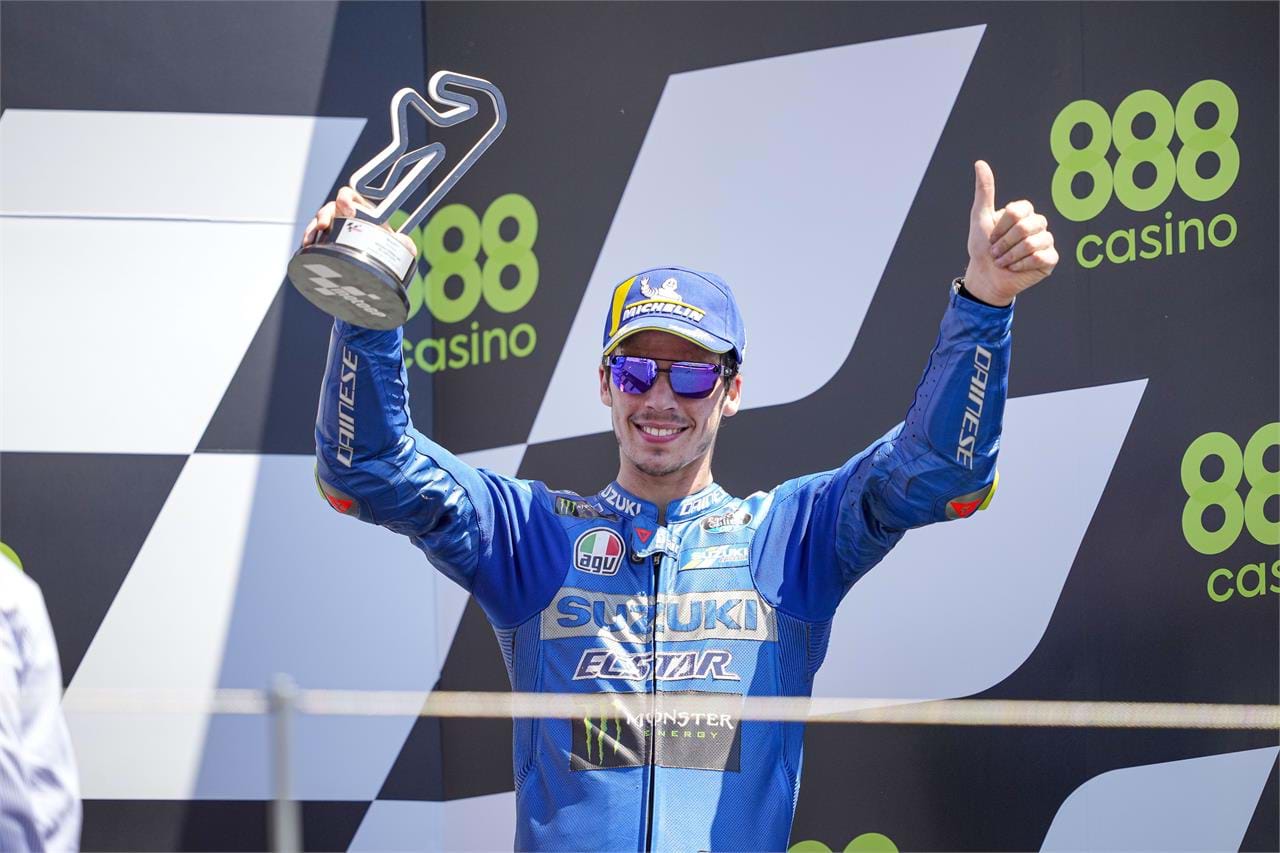 The pace of the leaders - including his teammate Alex Rins - was lap record-breaking stuff - but Mir kept it calm to take the chequered flag in third, despite a change in feeling from the front of his machine and late race pressure from Franco Morbidelli.

He said, "I expected that I could have good race pace, because in warm-up I felt very strong, but I didn’t expect to have trouble in the middle of the race. I’m not sure why, but I started to struggle with the front of the bike, which is something we have to check and learn from.

"But overall I’m happy because we put together a strong weekend and I managed a podium at a track which isn’t the best for me. I’m looking forward to Jerez and hopefully getting another good result there, although it will be a very competitive race for sure." 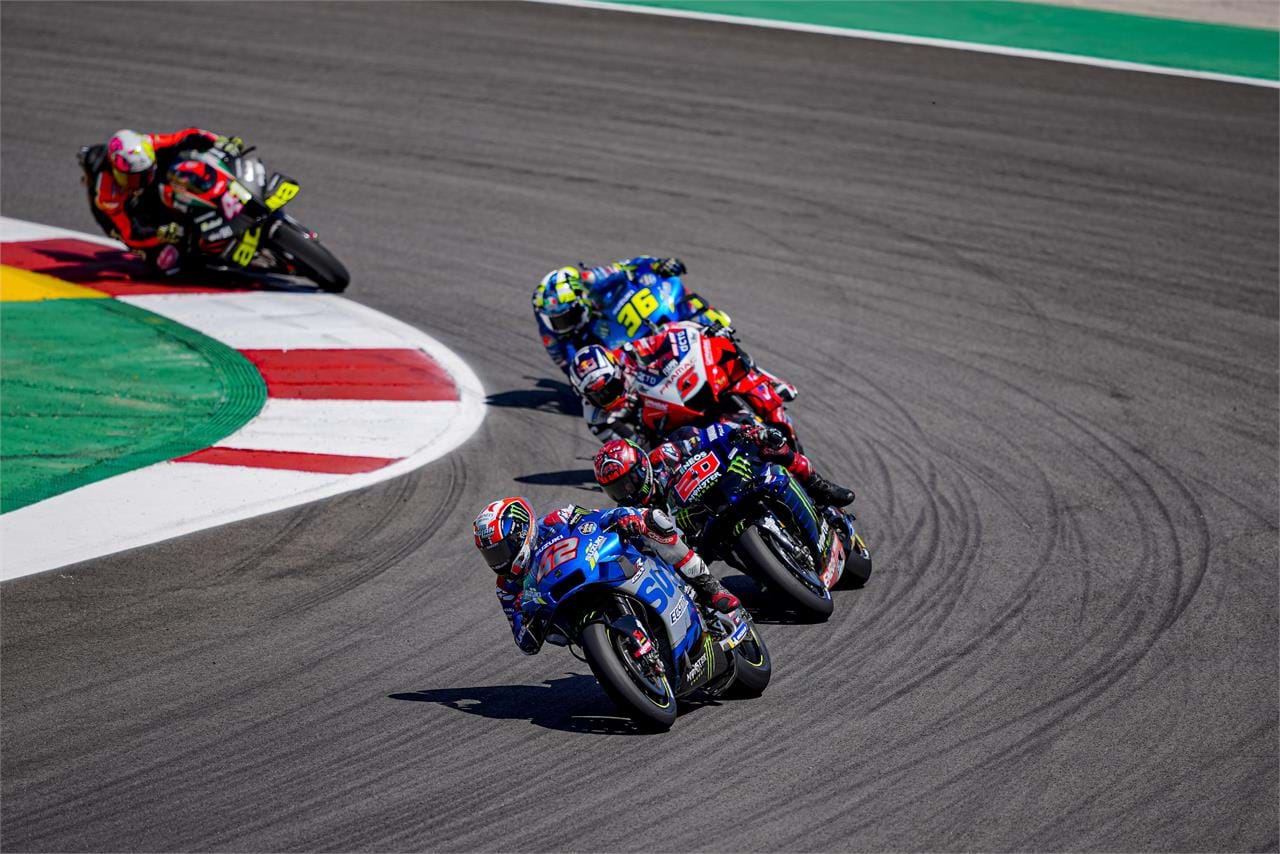 There was heartbreak for Rins, however, who too had been looking strong all weekend and qualified on the front row of the grid. An excellent start had him fighting for the lead right from the off.

In the latter stages of the race he still held second as the pace quickened and quickened. However, he was still able to push and set the lap times, and set a new lap record in doing so. Unfortunately for him a small bit significant crash with seven laps to go resulted in a DNF. 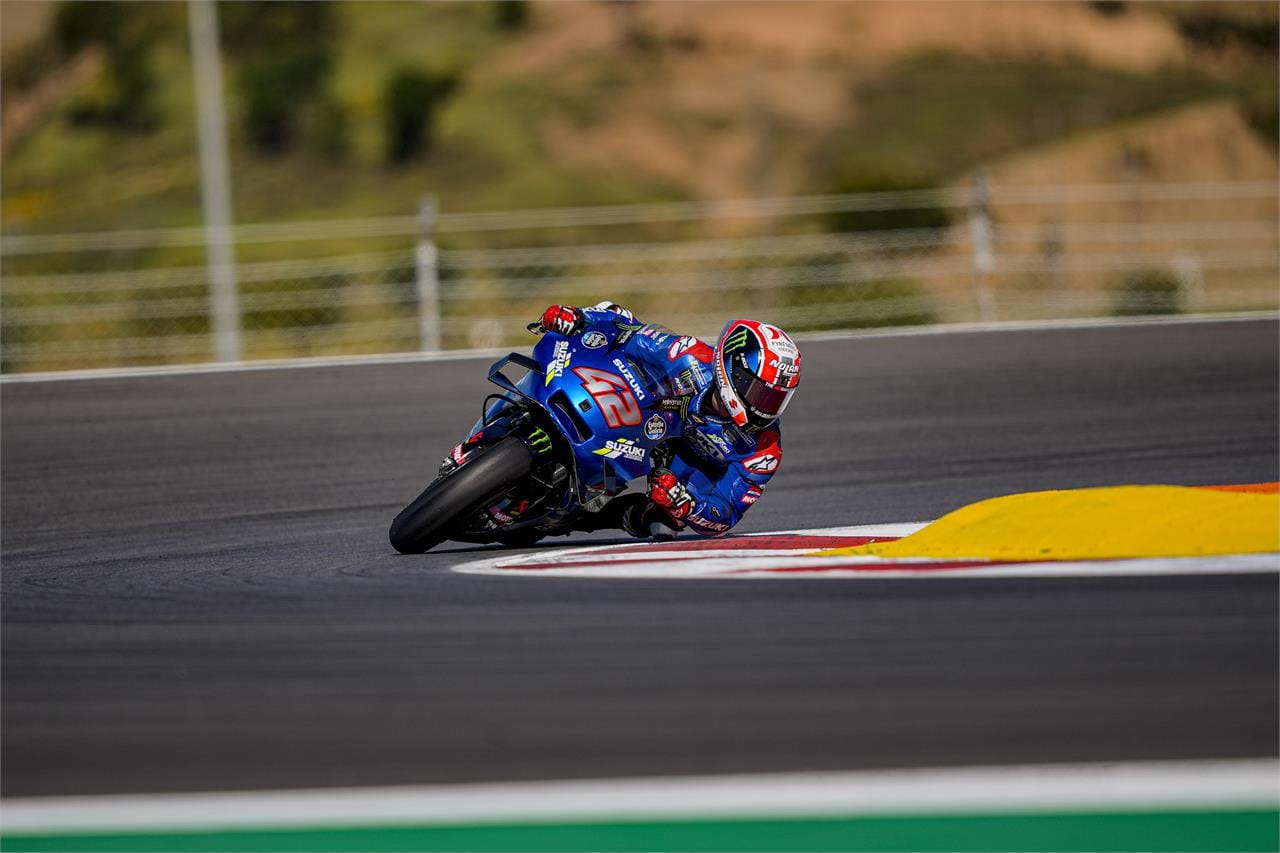 He said, "Of course I'm a bit disappointed. I was behind Fabio [Quartararo] and I was pushing and going to the limit, but it felt like a good limit and I didn’t feel like I was over the limit at any point. I was managing it all well; the tyres, the breathing, the pace, everything. We checked the data after the crash and I had done everything the same, so it was strange to crash.

"But anyway, I had a good feeling all weekend and although it’s a shame that I couldn’t finish with a trophy, at least I know I have very good pace and the bike works well. My team and I know that if we can keep the same way of working into Jerez, we can have a very nice result."

Ken Kawauchi, Team Suzuki Ecstar's technical manager, added, "I’m happy because we’ve managed to come back to the podium and that is a great thing, but it was a mixed day for us. Alex worked very hard and was very strong, we were confident that he could finish on the podium, so it was a real pity that he crashed. Joan got a podium despite a very difficult race and it was fantastic to achieve this in the first European round. We’re hoping to fight for the top places again in Jerez."