FIFTH AND SEVENTH FOR

A packed crowd filled Chang International Circuit for Round 15 of the 2019 MotoGP World Championship, where Joan Mir and Alex Rins both qualified well and began the race from 8th (Mir) and 10th (Rins) in the grid. 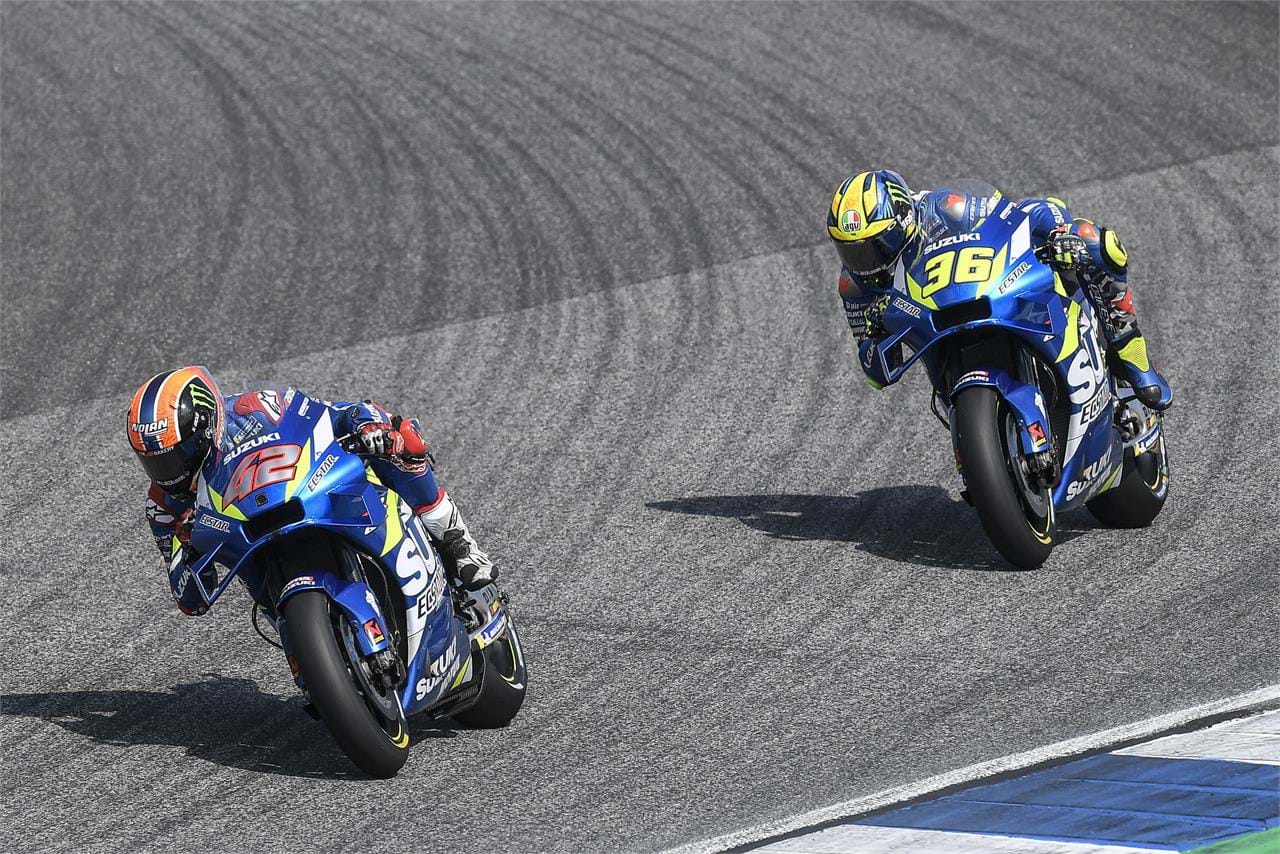 After passing Rossi, Rins was keen to continue his progression through the pack, and he steadily chipped away the gap to Morbidelli and Dovizioso in front of him. With 11 laps left, he had passed the Yamaha rider and was closing in on the Ducati. Alex managed the remainder of the race well, taking an impressive 5th place.

Meanwhile, Joan Mir put in an impressive performance on his first appearance at Buriram with the GSX-RR, gapping Rossi and settling himself into a consistent race pace. He finished in 7th place, his best result since returning from injury. 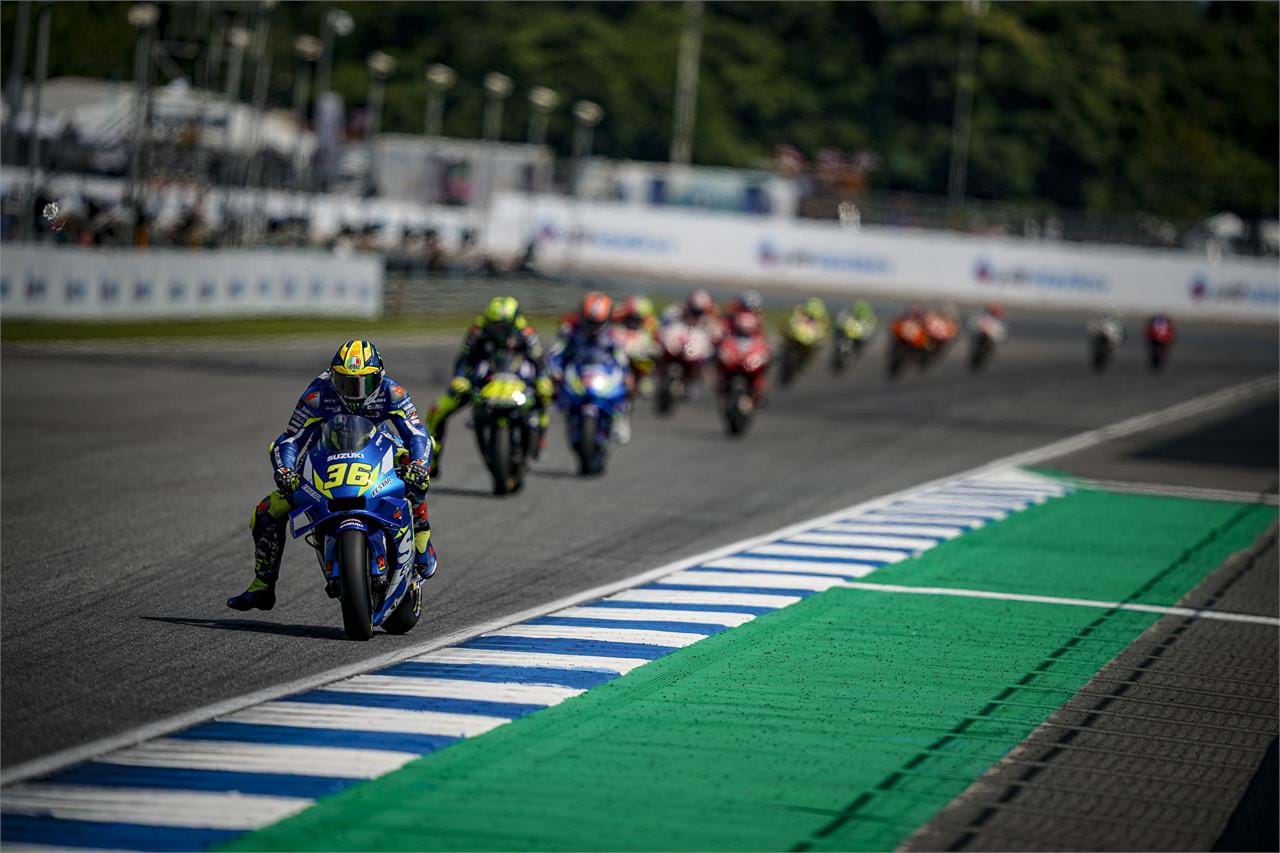 Ken Kawauchi stated, “It’s a pity we couldn’t fight for the podium today, but Alex did well to gain five places back from grid. Joan’s target was to keep up a consistent pace and get a good finish, which he achieved. So, both riders did well today, even if we would have liked slightly higher positions, so we have to come back to fight for better positions as soon as possible.”

Davide Brivio mentioned, “In the end it’s been a positive day. Alex did a good job and recovered a lot of places, and it was difficult to get a better result in such a spread-out race considering the starting position. Joan had strong pace and he stayed with the top riders and fought well, so it was a positive step for him, especially as a rookie. We’re looking forward to going to Japan next, the home race for our factory.” 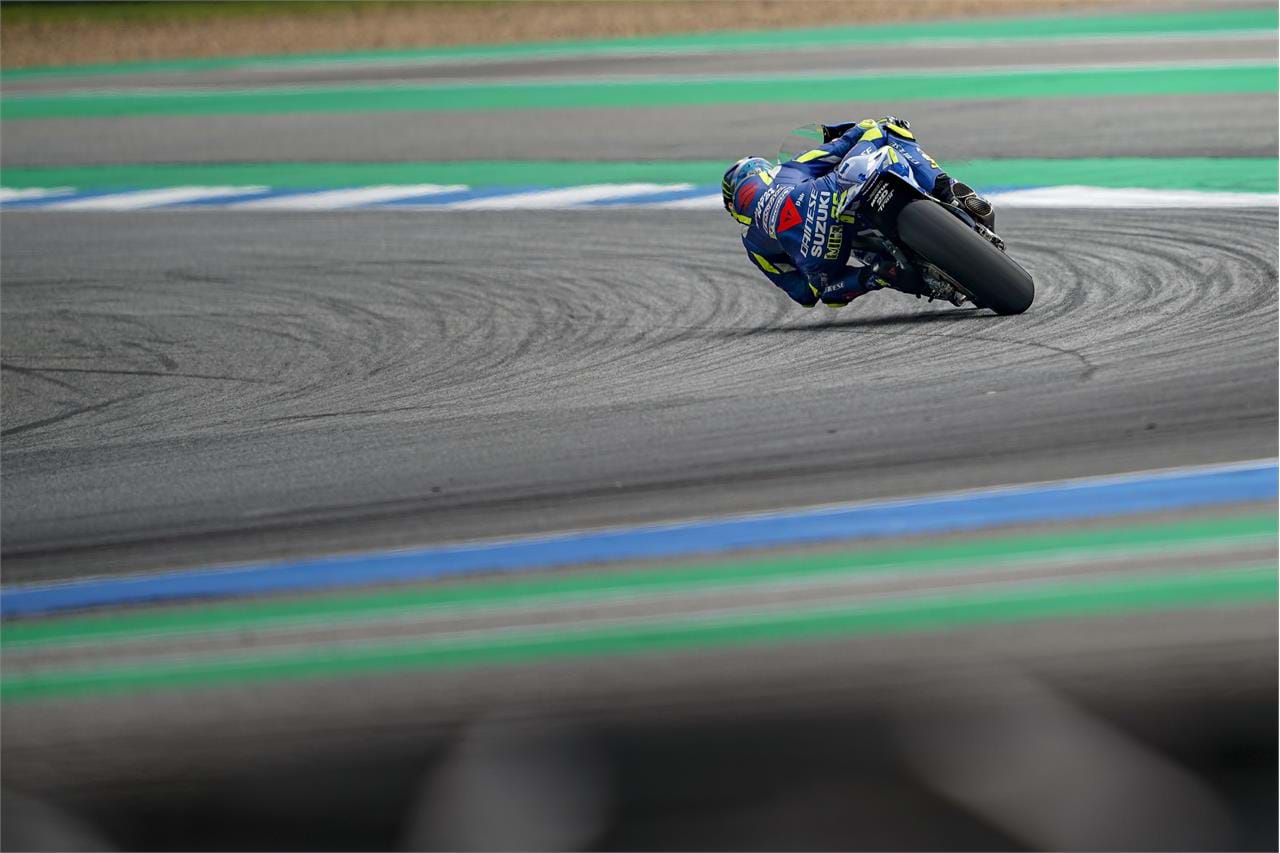 Joan Mir said, “I’m really happy about the work we’ve done this weekend. We are getting closer to the top guys all the time. I struggled a bit with the heat today; my fitness is still suffering a bit after missing training during my injury. But I’m pleased to bring home 7th place. The atmosphere in Motegi is special, I want to do well there and take another step forward.”

Alex Rins stated, "Today’s result is important for the championship, because I managed to get up to 5th and get good points. It was difficult to over-take Dovizioso, but I’m pleased to have recovered some places from my grid position. I’m focused on the next race and bringing a good result to the Suzuki workers in Japan, and in front of all the fans.”