EMPHATIC WIN FOR MIR AS RINS

Joan Mir took an emphatic win at the European Grand Prix at Valencia at the weekend, his first in MotoGP, while his teammate Alex Rins finished second to give Team Suzuki Ecstar a one-two finish. 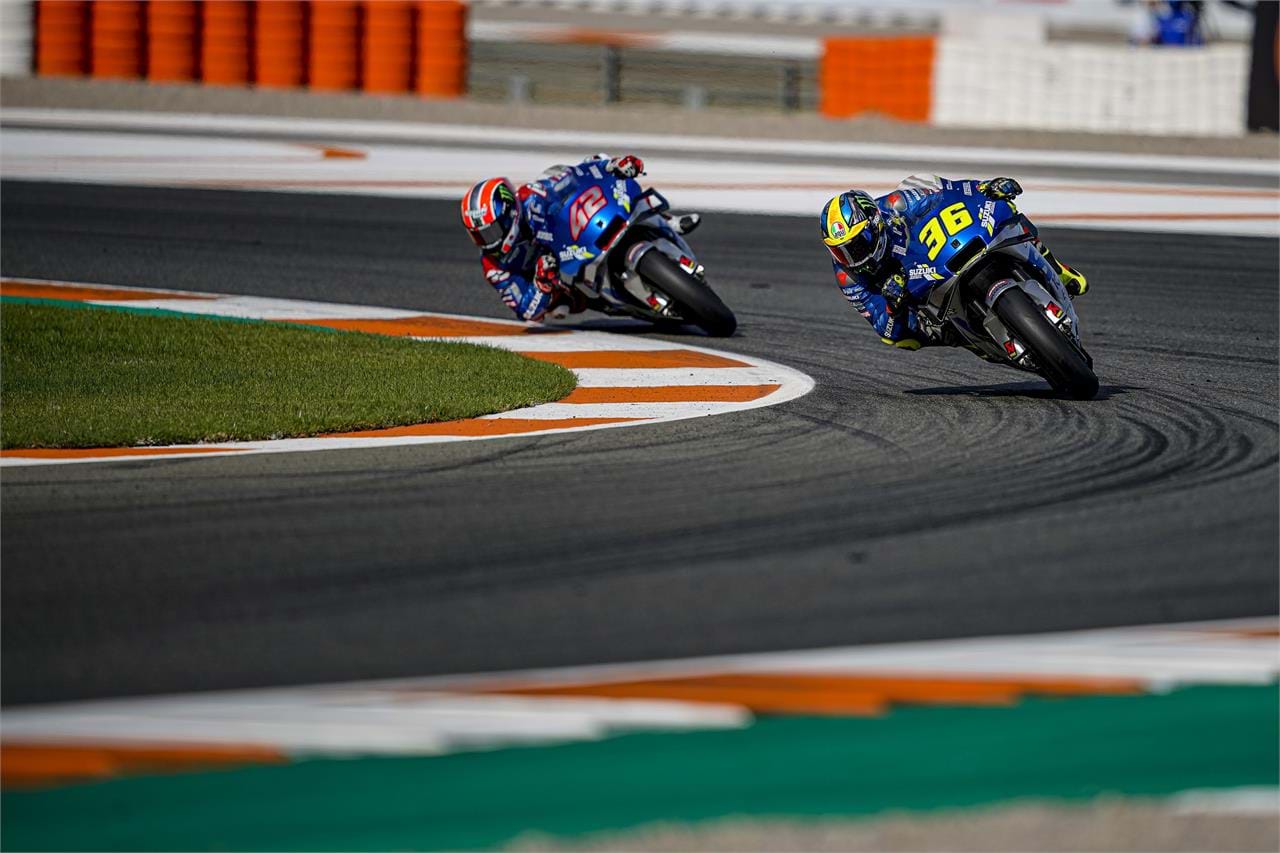 After the opening couple of laps Rins has moved into the race lead from his front row qualifying position, with Mir giving chase in second, the pair steadily pulling away from the rest of the field.

Holding station, there was little action until Rins made a small mistake, allowing Mir to slip through. 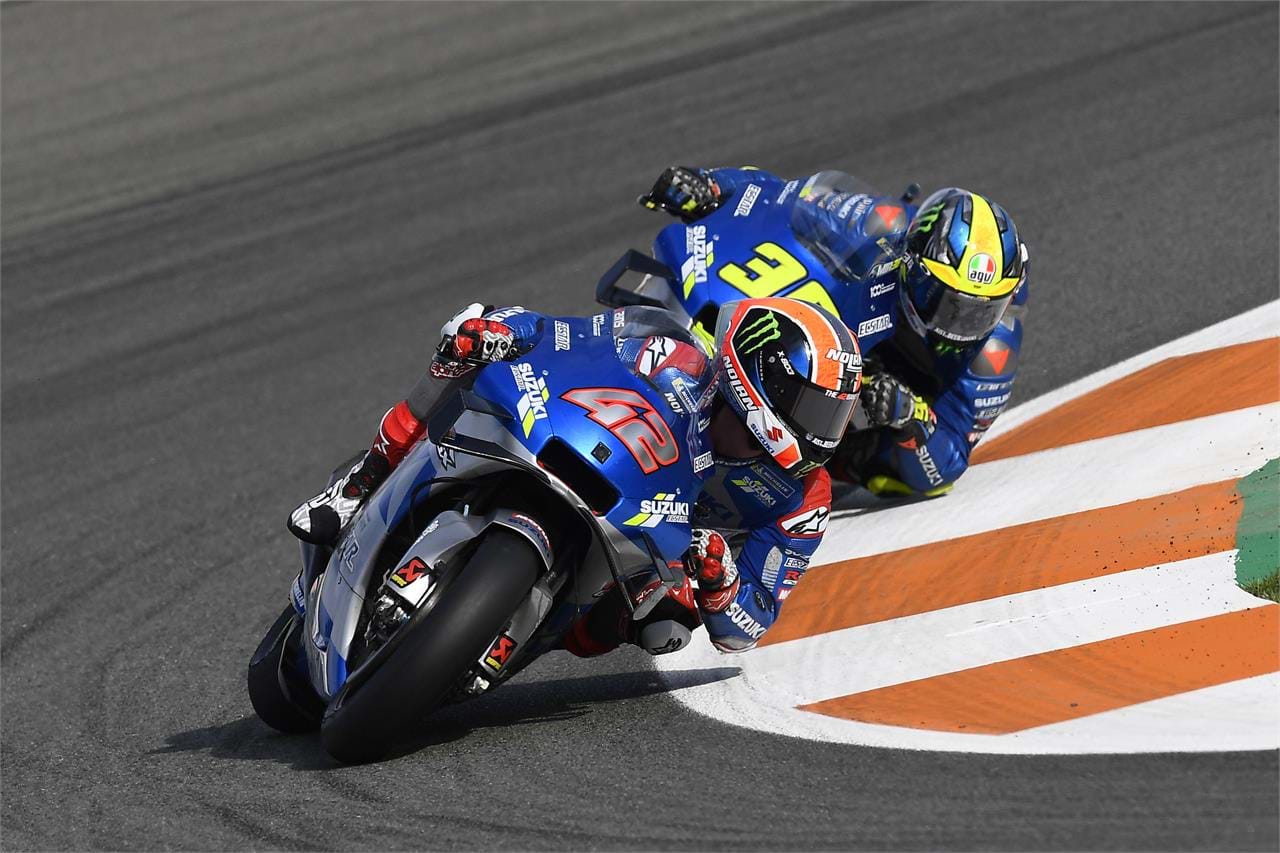 Rins attempted to fight back but Mir held him off and from there pulled out a lead of nearly two seconds to take his first MotoGP win.

And while Mir's win meant he extended his championship lead, Rins now sits joint-second in the points table, while Suzuki leads both the team championship and the constructor championship standings. 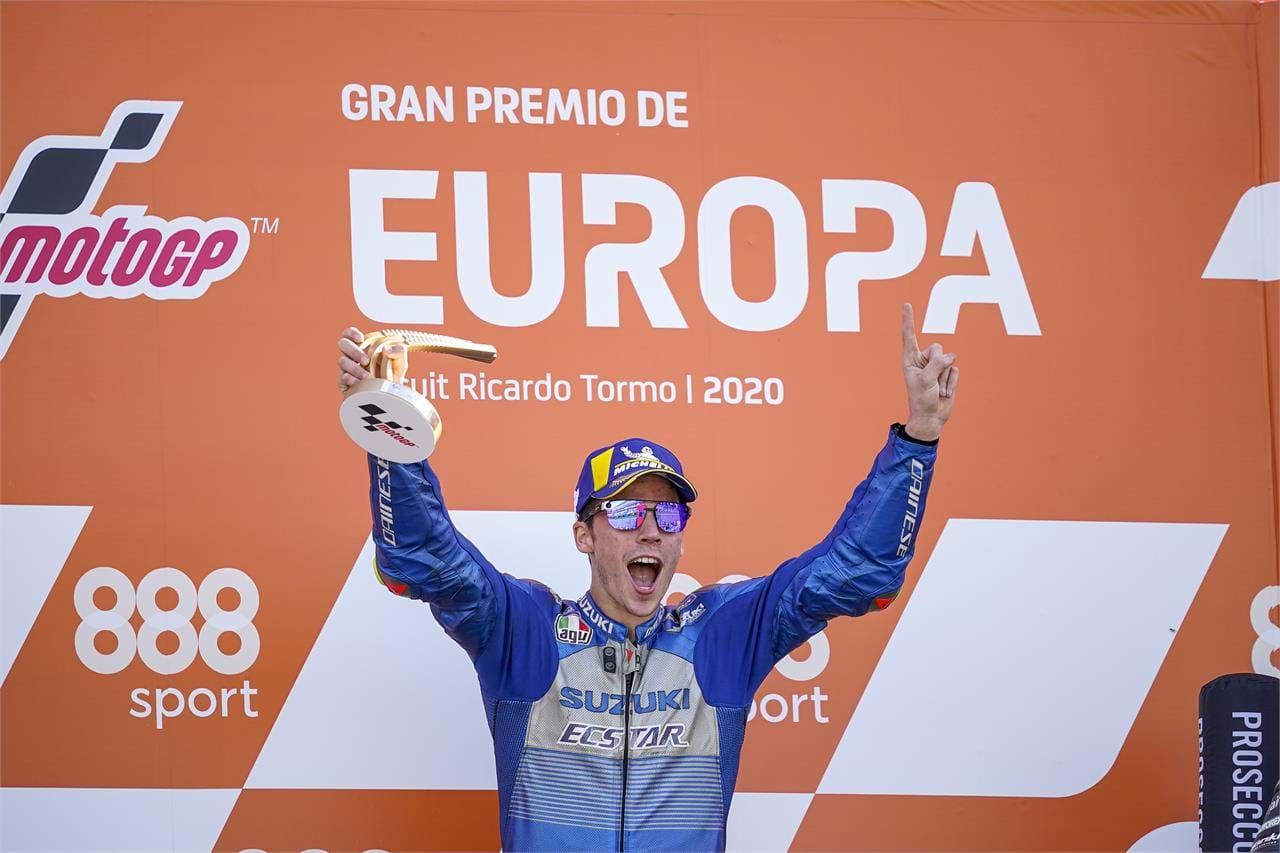 Mir said, "I’m just so happy, the team and I put together a perfect weekend. It’s difficult to give 100% when you’re fighting for a title, because you always have to be a bit cautious, but today I saw the chance for my debut victory and I had to take it. I knew what I had to do, and I felt really great with my bike.

"I don’t really have words to describe how amazing it feels to be a MotoGP race winner, and it gives me an extra boost, especially after a tricky weekend in terms of conditions. Things are still close at the top, so I need to stay focused and continuing working for next weekend.” 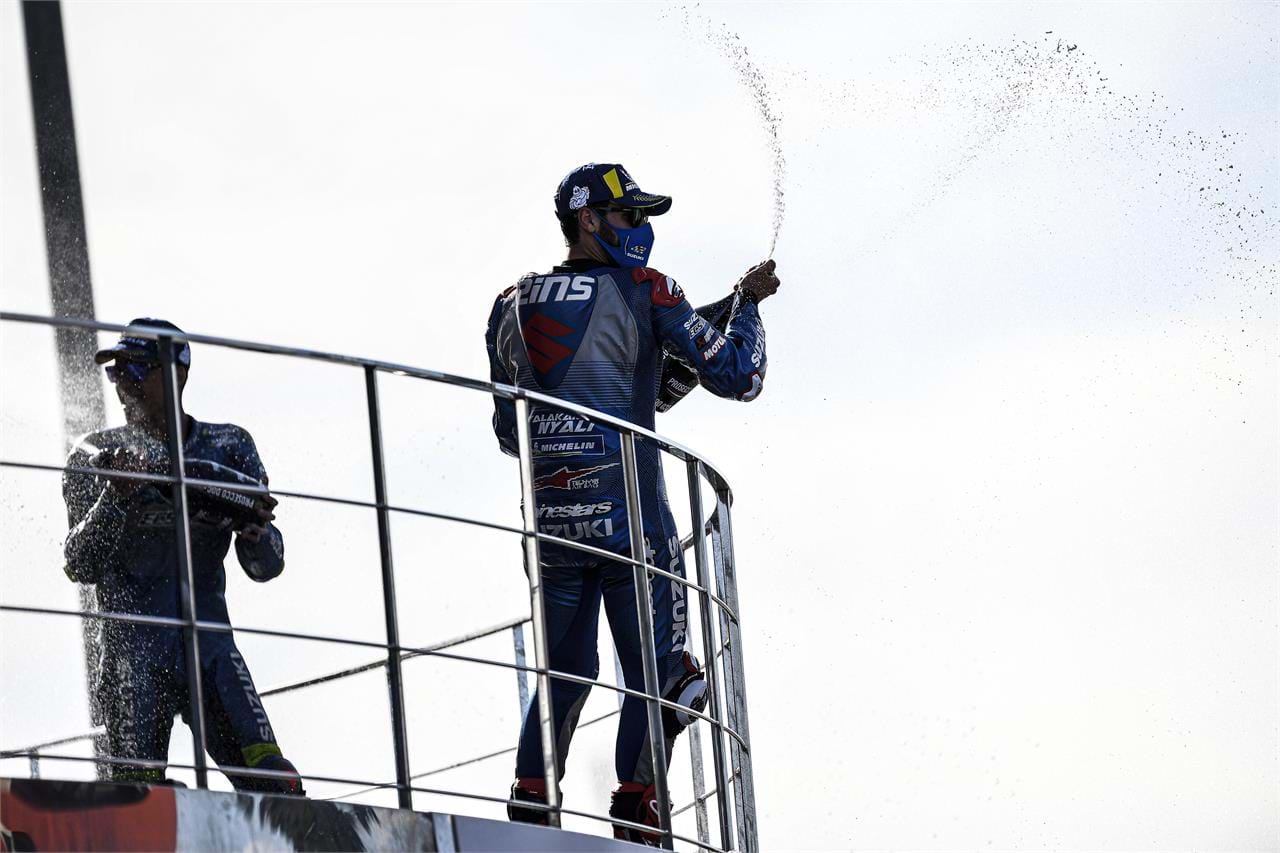 Rins said, "I was leading for a large part of the race, and I was hoping to lead from start to finish, but I missed a gear at turn 11 on the 17th lap, and I went wide and Joan got through. Once he was at the front it was very hard to stay with him, even though I tried, because his pace was really good. But even if the result wasn’t perfect for me, it was a fantastic day for the team; Joan got the victory that he really wanted, Suzuki got a one-two finish, and I got 20 points to add to my championship tally. So, I’m happy! Ready to go again next weekend."

Team manager Davide Brivio commented, "It’s been an unbelievable race, I’ve been dreaming of a Suzuki one-two for a long time and we managed it. Thank you so much to all the team, and to Joan and Alex of course! We’re doing something fantastic this season - we’re leading all three championships and our riders are so strong in the races. I would like to have this wonderful feeling forever, but we still have two races to focus on, so we will stay calm and keep our heads down. Let’s try to continue in this way!