The runner-up spot for Mir gave him his fourth podium in five races (and arguably it could have been five in five including a win, without the stoppage in Austria), while the third place for Rins marks his return to form following his injury at the start of the year. 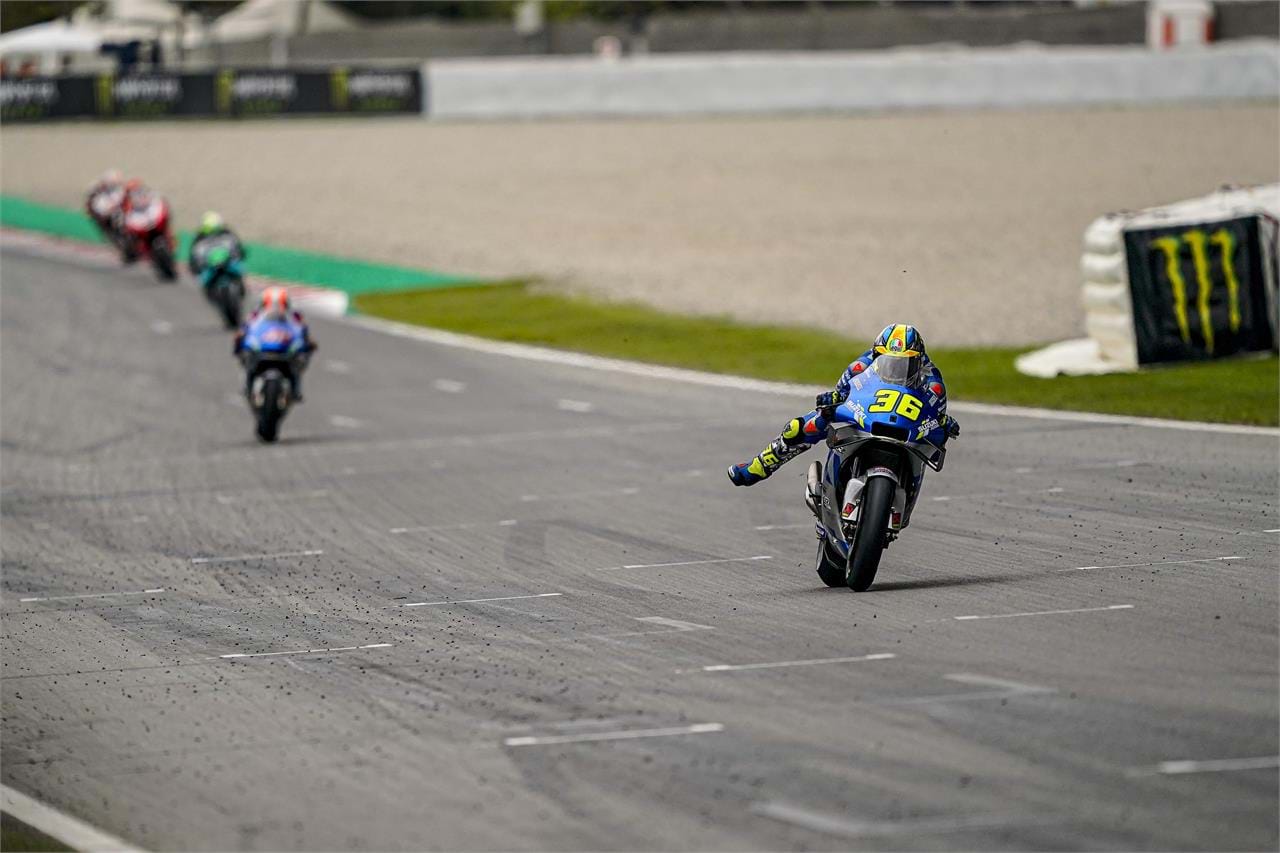 Both Mir and Rins' race-pace was impressive, and as other riders saw their pace dropping in the latter stages as tyre life came into play, the Suzuki duo were able to continue their charge towards the front.

In the final laps Mir was still chasing down race leader Fabio Quartararo, reducing a two-and-a-half second advantage to less than a second in the space of two laps.

While he missed out on the win, the former Moto3 world champion was still happy with his result, saying, "It was quite a tough race, especially starting from the third row. It means you have to push in the early laps and it can be a bit risky. I tried to avoid any trouble and keep my head down whilst also overtaking some riders.

"When I was behind [Jack] Miller I knew I needed to stick with him and be ready to take advantage. I got close to the victory today, maybe with a couple more laps it could have been possible, but Fabio was managing everything really well and he did a great race. It’s so nice for Suzuki to have two riders on the podium after a long time and I’m really pleased with the work." 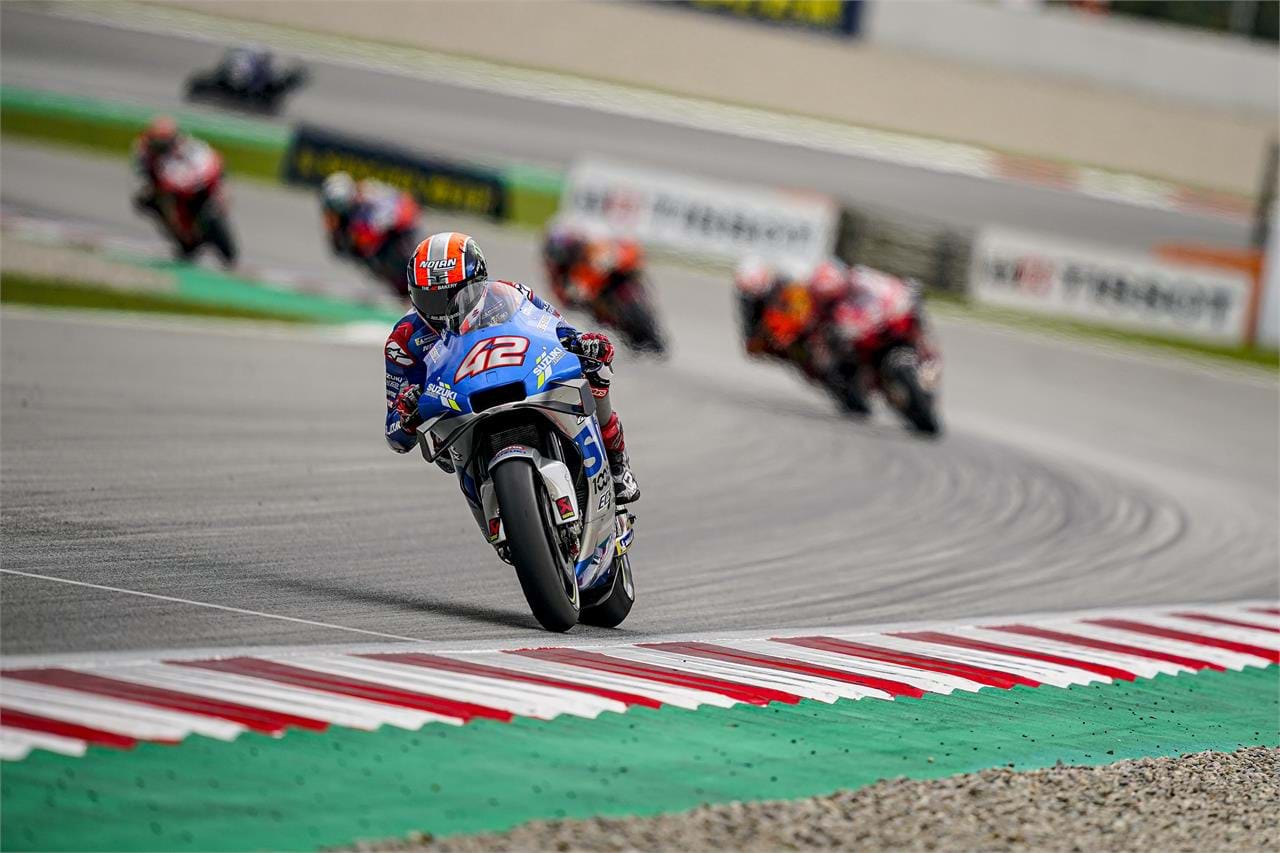 For Rins it marked his first return to the podium after his win at Silverstone last year. A title favourite going into the 2020 season, Rins' injury at the opening round has curtailed his year somewhat, however, after getting close to the podium in the first race at Misano, third place at Catalunya reaffirmed his place as a MotoGP front-runner.

He said afterwards, "I’ve been struggling a lot in the last weeks, and to take a podium here today at my home race feels fantastic. Since my shoulder injury in Jerez things haven’t been easy, and I have found it hard to be physically strong enough to compete at the very front. But I’ve worked hard off the bike and the team have worked super hard and have supported me a lot, so I want to thank them. I also want to thank the fans for their support and for standing by me in this tricky season."

Team manager Davide Brivio said of the double podium, "We’re very happy, it was a super day with both our riders on the podium. This is something that hasn’t happened for a long time and it’s a great feeling to achieve it.

"Joan is keeping a very positive trend going and I’m really pleased for him. I’m also very happy for Alex who did a great performance in the race, especially from 13th on the grid and a difficult couple of weeks. We will celebrate inside the team, and I want to say thank you to everyone who has been working so hard, the personnel here, at home, and in Japan. This is possible because of them."