As well as Alex Rins' MotoGP victory at Circuit of the Americas at the weekend, there were also two wins for the Yoshimura Suzuki team in the MotoAmerica superbike races, with Toni Elias and Josh Herrin each standing on the top step of the podium.

It was a clean-sweep for the Suzuki team and the GSX-R1000R, as Elias set pole before winning Saturday's race. He was then second in race two, as new teammate Herrin picked up his first victory in Suzuki colours.

The results saw Elias extend his championship lead after two rounds, while Herrin climbed to third in the standings. 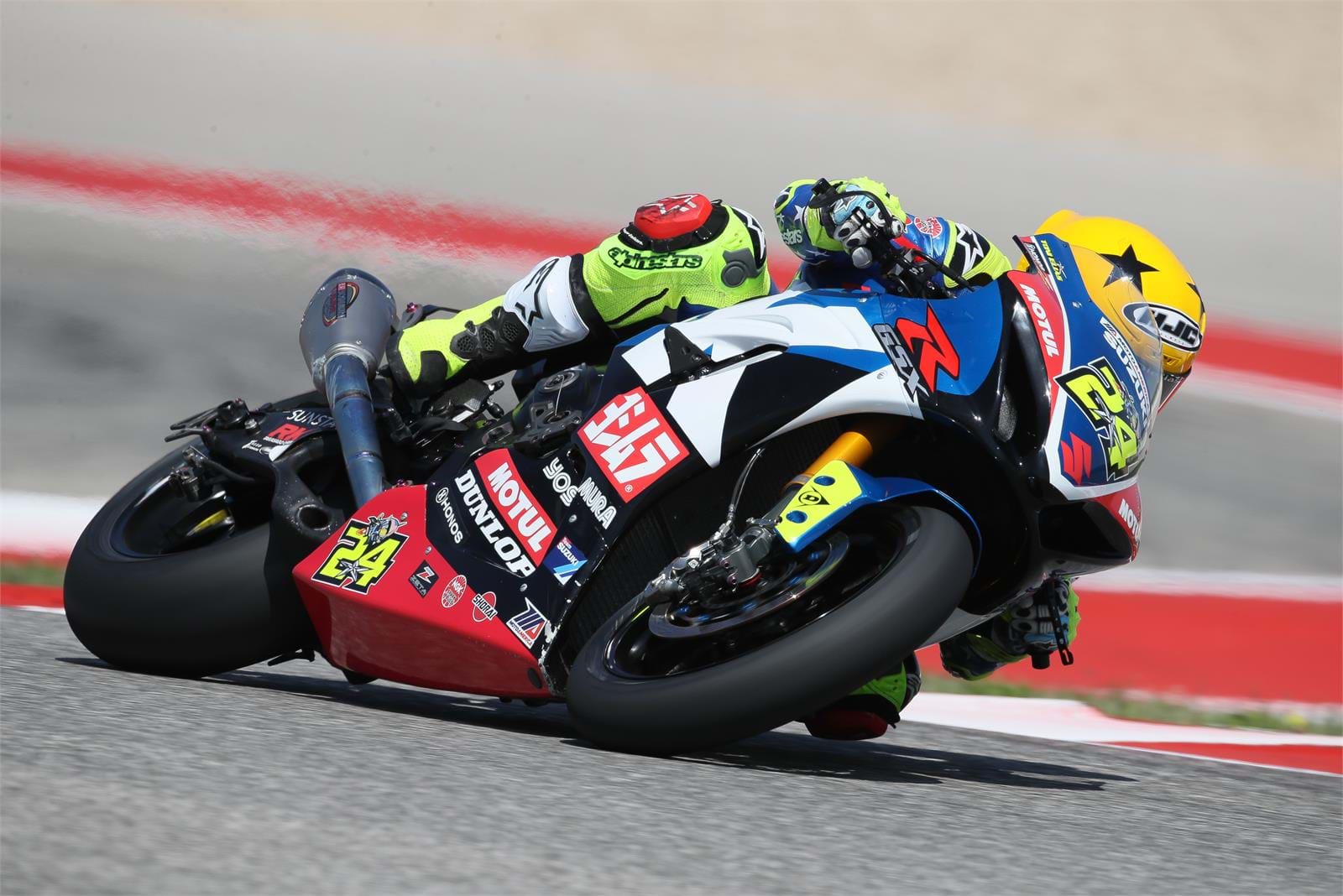 Elias said, "It is amazing, two wins and two seconds so far this year. Our consistency is good. Saturday’s race was one that was fun for the fans. Cameron [Beaubier] was strong, but I was able to get back by him in the last corner and hold on to the victory.

"On Sunday we finished second, so I am happy with the results. We’ve added to our championship lead and you cannot ask for more. Overall a very good weekend."

Herrin added, "I didn’t expect it to feel this good. I mean I have seven superbike wins, but this one feels way different. I’m happy to get a win for Suzuki. We took two wins in MotoAmerica and the win in MotoGP, so it’s something super-special."