Cyrille Coulon took his second win of the 2017 Arenacross tour at the weekend, dominating the main in event inside Birmingham's Genting Arena for round three of the series, and extended his championship lead.

Coulon's night started with a podium in his opening heat race, the Frenchman and red plate holder finishing second to his teammate and defending champion Thomas Ramette. Coulon then went on to win his second heat race, with Pellegrini taking a podium in third. 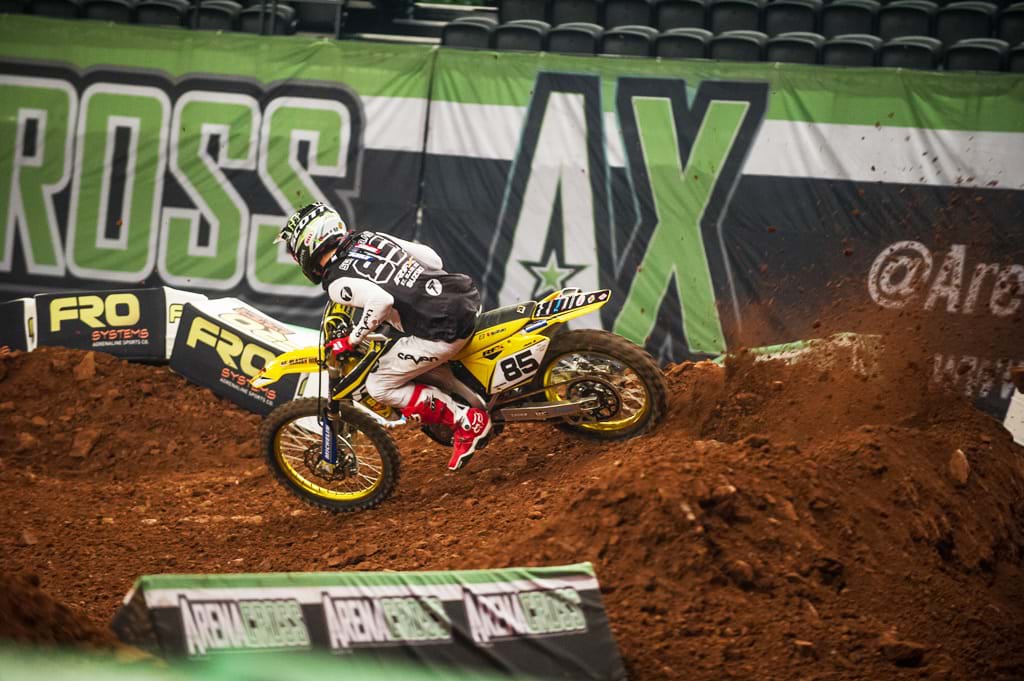 The final heat race of the night saw another Suzuki 1-2, with Team RFX St. Blazey Suzuki's Cedric Soubeyras taking the win ahead of Ramette.

The RM-Z450's dominance continued into the night's hot lap competition, with Soubeyras posting the fastest time and adding an additional three championship points to his tally, with Coulon bagging two points for his championship for the second fastest time.

The gate dropped for the main event and Coulon slotted into second place. After stalking the race leader, Coulon mounted his assault using the signature speed and setup of his RM-Z450 as well as his unrivalled technique through the whoops section to take the lead. From there he was never headed, and pulled a comfortable gap to take the win and extend his series lead. 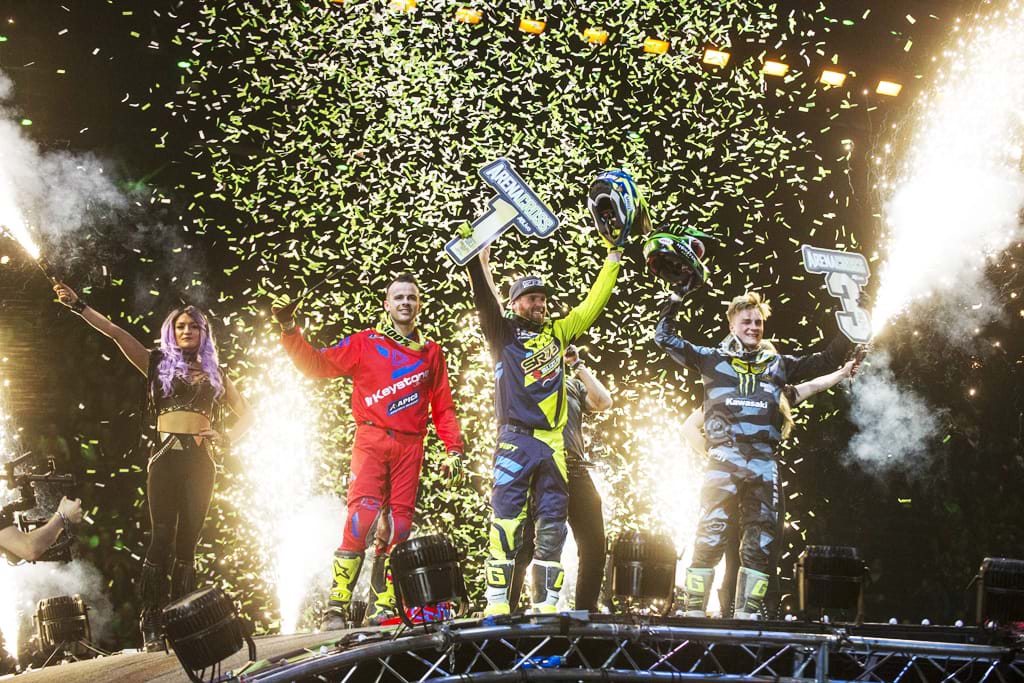 Despite Coulon's win, there were contrasting fortunes for Team Suzuki riders. The first casualty was Ramette, the twice Arenacross champion crashing on the opening lap. He dropped to dead-last, but remounted and battled through to seventh, while Soubeyras suffered a huge crash with another rider that saw him catapulted over the side of a berm and off the track. Pellegrini kept himself out of trouble to finish fourth and retained his second place in the championship.

The 2017 Arenacross series now heads to Belfast for a double-header on 27-28 January.