The annual series, which culminates on Boxing Day at Whanganui's famous Cemetery Circuit, saw the 2019 British Superstock 1000 champion quickly learn the foreign circuits and win the series by five points.

Cooper started the series strongly, finishing runner-up at Taupo before winning at Manfeild to take a one-point series lead into the finalé at Whanganui. 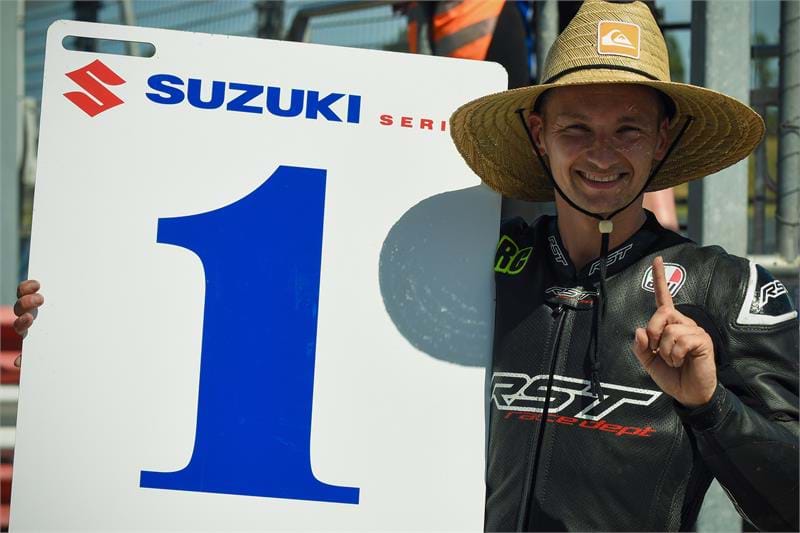 Knowing his main title rival was behind him, Cooper took two safe seconds around the Cemetery Circuit to win the title by five points.

Eager to go out with a win, however, Cooper then took victory aboard his Sloan Frost Suzuki one final time, winning the Robert Holden Memorial feature race.

He said, "I came with no expectations. Obviously I arrived wanting to fight for the championship. I didn't think it would be possible to win because I felt Damon [Rees] had more experience than me at Whanganui.

"But to have come here and win this series for Sloan Frost Suzuki and TSS Red Baron is amazing, but then to top-it-all-off by winning the Robert Holden race too is pretty special."