During the second weekend of Motorcycle Live, Gregg Black popped into the NEC to visit the Suzuki stand, meet racing fans, and have a look around the show. But despite hailing from close to 50 miles up the road, he was flying in and out in the space of a couple of days, because for the last 27 years, he’s been based and raced in France.

“My parents moved over there when I was three, so born in England, born in Derby, but yeah, raised in France from three,” he reflects, as we sit down on the Suzuki stand at the show to have a natter. “I started racing quite late, I was 14 when I started. I was then in the French Superbike paddock before doing European Superstock 600 in 2006.” 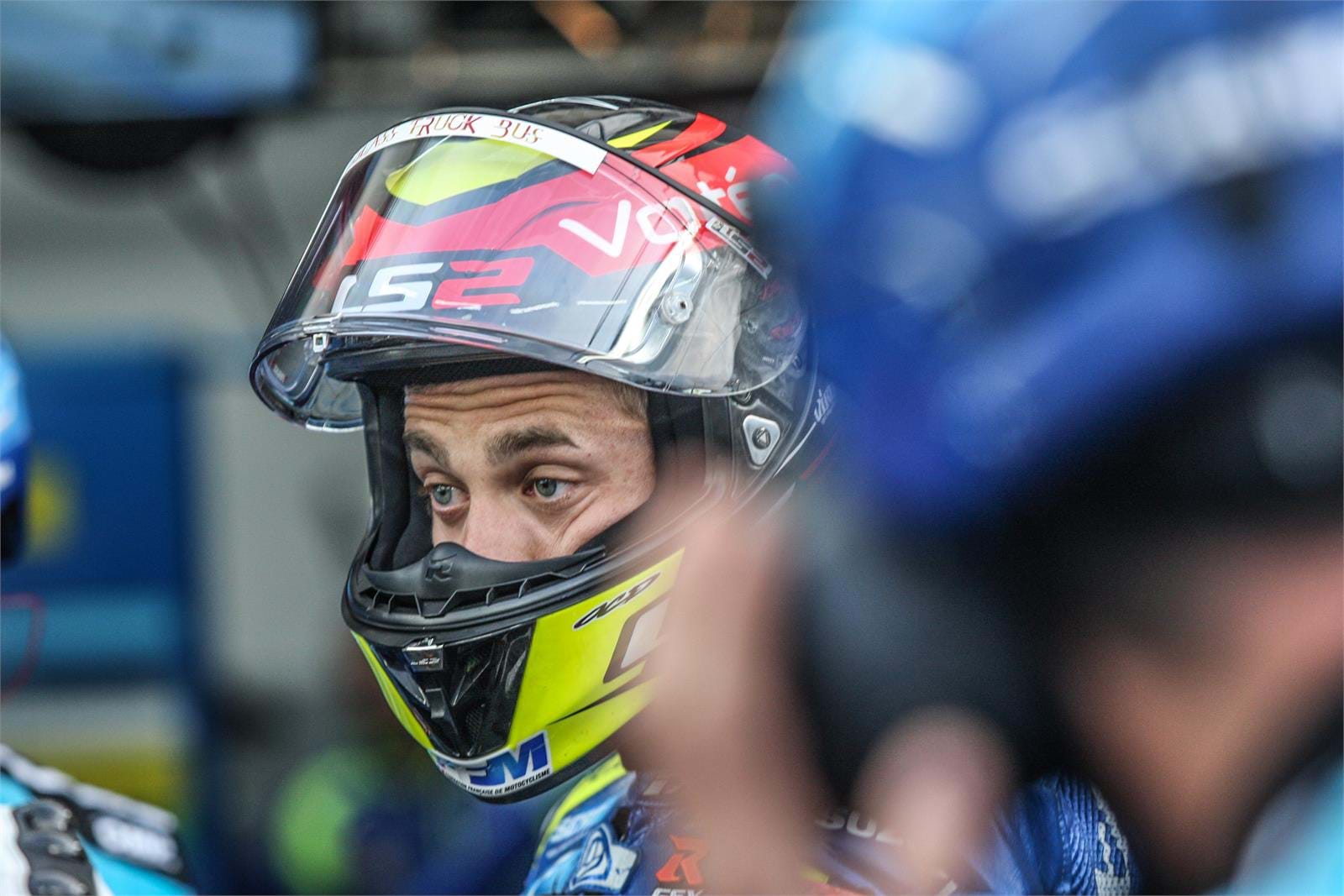 But if there was any nation on earth with a passion for endurance racing, it was France, and it wasn’t long until Black was dipping his toe in the water. However, it was initially just an opportunity to get some more bike-time.

“My first EWC appearance was at the Bol d’Or in 2008, at Magny Cours,” recalls Black. “But basically I wanted to do some endurance racing to get more experience on a 1000cc bike, because the year after that I was looking to do European Superstock 1000. I just thought it was a good idea as I’d get to do a lot of laps and a lot of riding, but after that I never stopped.

“It ended up being something I really enjoyed. And being based in France, too, there was a big crowd, lots of support, because endurance is really well-followed. From then on throughout my career I always had good propositions and offers to race in endurance, so it carried on that way.”

It was endurance racing full time from then on, but over the years that followed Black kept his hand in with short circuit racing - if winning the French Superstock 1000 title can be called ‘keeping your hand in’ - but in EWC he was also winning races and titles as well, and for him it was with a view to joining a factory team.

“I carried on racing short circuit for a bit, then stopped, then went back in 2013 for three years and won a title in France, but the only constant has been EWC. I was racing for Suzuki in both championships, and we won the world championship in 2014, and finished runners-up in 2015. 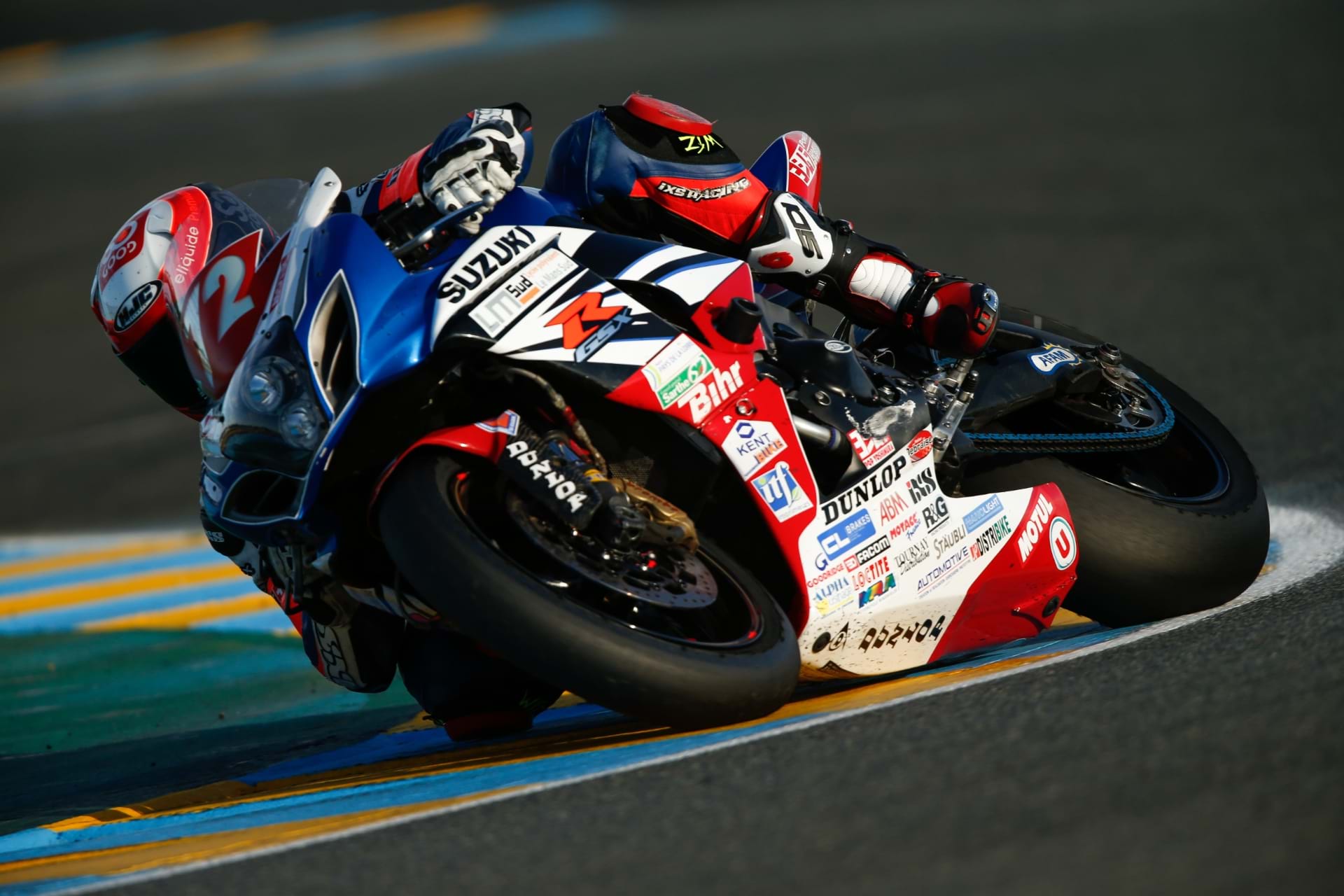 “In 2016 I moved into the superbike class in EWC with a privateer Suzuki team and we were leading the championship until the final race. We finished third in the end, but it was a great achievement for a private team.”

Switching disciplines surely led to different approaches, no? Maybe he holds a little in reserve in endurance to ensure he and the bike get to the finish?

“About 10 years ago, maybe,” Black muses. “But not now. The level is so high you have to push at 100% the whole time if you want to win, especially in eight-hour races. Each stint is basically a sprint race now.”

His words spark a (bitter) memory - after 12 hours of racing round Portimao in 2016 SERT missed out on the win by 0.081s. Less than a tenth of a second covered the top two after 720 minutes of racing. That’s 43,200 seconds of action, for less than one to decide the winner. Mind-blowing! 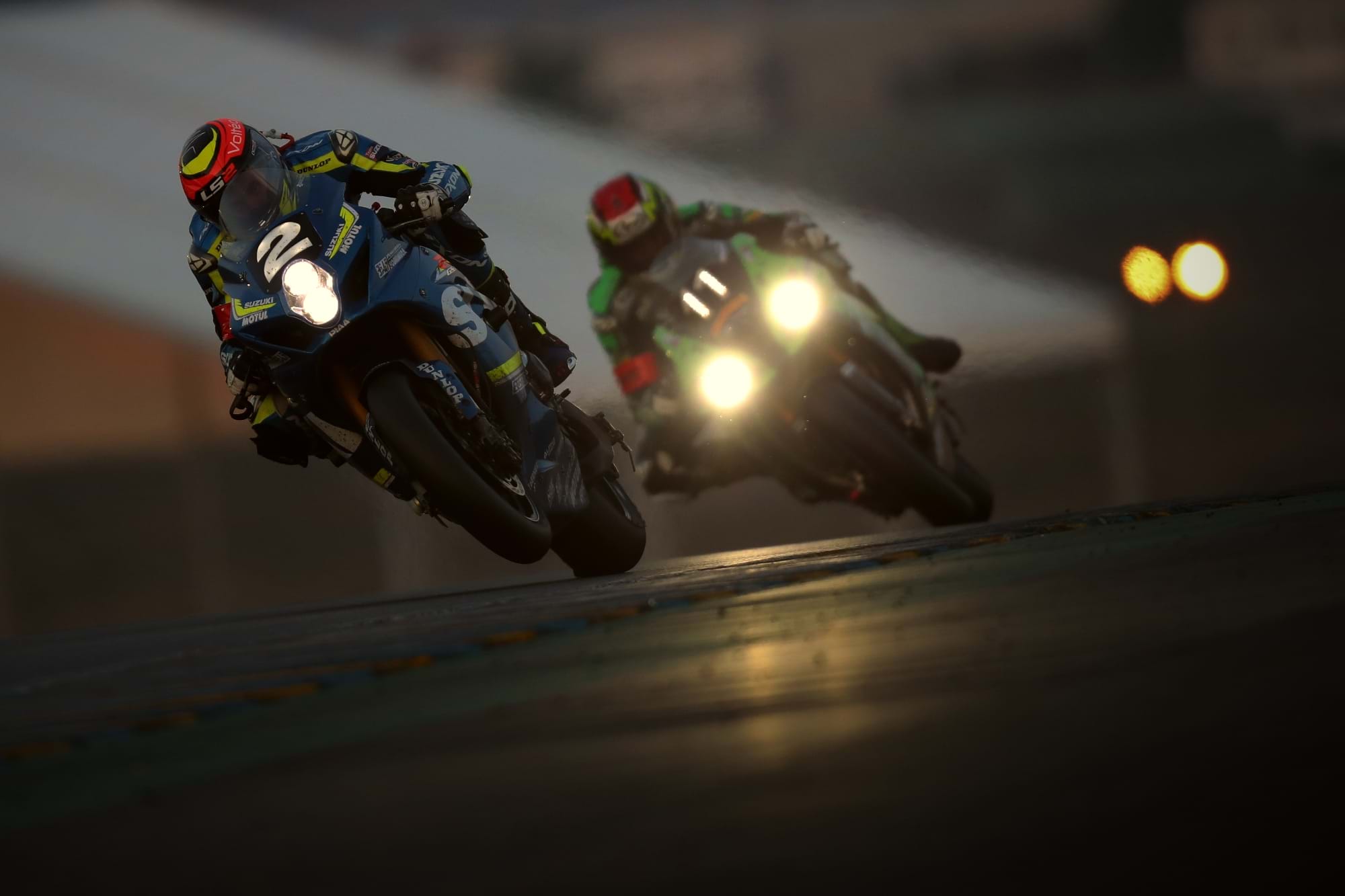 “We finished third at Le Mans this year,” he continues, “and the podium finishers were within one lap, which shows how tight it is. You may save yourself a bit more in 24-hour races, certainly in the first stint, and try not to wear yourself out so you’re still able to put the effort in at 4am onwards when it gets really hard.”

He almost says the last part casually, like it’s a normal thing to do at 4am: go and race a 220+bhp superbike at full tilt. But then again, it is in his line of work. So just how do riders cope in 24-hour races?

“It is tough. I probably get about an hour, hour and 15 minutes of sleep during a 24-hour race. Realistically, there just isn’t enough time between stints to get any sleep. A stint is about 55 minutes, so you come in, get off the bike, and before you’ve even got your lid off the next rider is out. You then talk to your team, debrief, discuss the conditions, the bike, the tyres. You then get changed, have a shower, and have something to eat to make sure you’re keeping your energy up ready for the next stint. You see the physio, so they look at you, maybe massage you to keep you loose and feeling as well as you can. After all that, you’ve maybe 10 minutes to rest before you need to be in your kit again, ready for the next stint. I normally take one break where I don’t eat or see the physio and just sleep, but that’s it.” 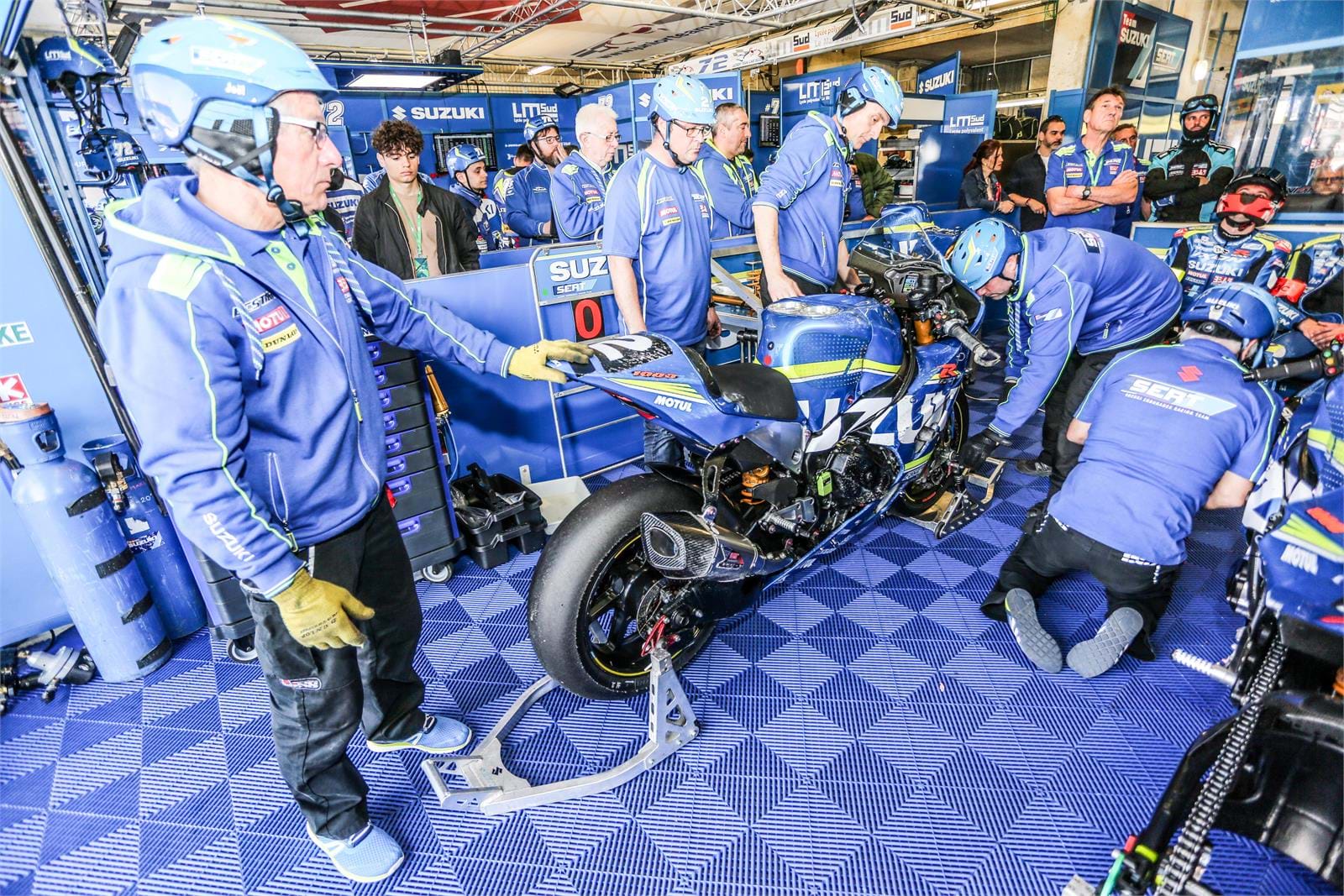 But it’s not just the riders, the bike has to do 24 hours flat out, too. What about the consistency of its performance or the performance of components such as suspension, do they degrade?

“The bikes are such high levels now that the performance is very consistent. Things like the suspension perform well all race, the brakes, it’s all good. The bike stays pretty stable throughout the race and generally stays the same from the beginning to the end. And the bikes evolve too. We used to have a big fuel tank sat high up, but now that’s under the seat like in World Superbikes.

“The harder part can be actually setting a bike up for three different riders. You want to set it up to maximise the performance of the bike, but we also consider rider comfort, because you’re on it for a long time. One thing that helps at SERT is that my teammates - Étienne Masson and Vincent Philippe - are a similar height and similar weight, that definitely helps, and we have a comfortable base for us all. Of course there are compromises, and compromises in setup at each round but you have to talk it through as a team and work out what’s best for everyone to go fast. But to be honest, when you’re on the bike for four, five hours, it feels like yours anyway.

“It can be especially hard if perhaps one rider in the team is struggling at a particular circuit during practice. Riders are selfish and we all want to be the fastest in the team, but it is a team. All riders need to be on the pace if you’re going to have a chance of winning, so then we talk and try and work out ways to help the other rider go quicker and feel more comfortable.” 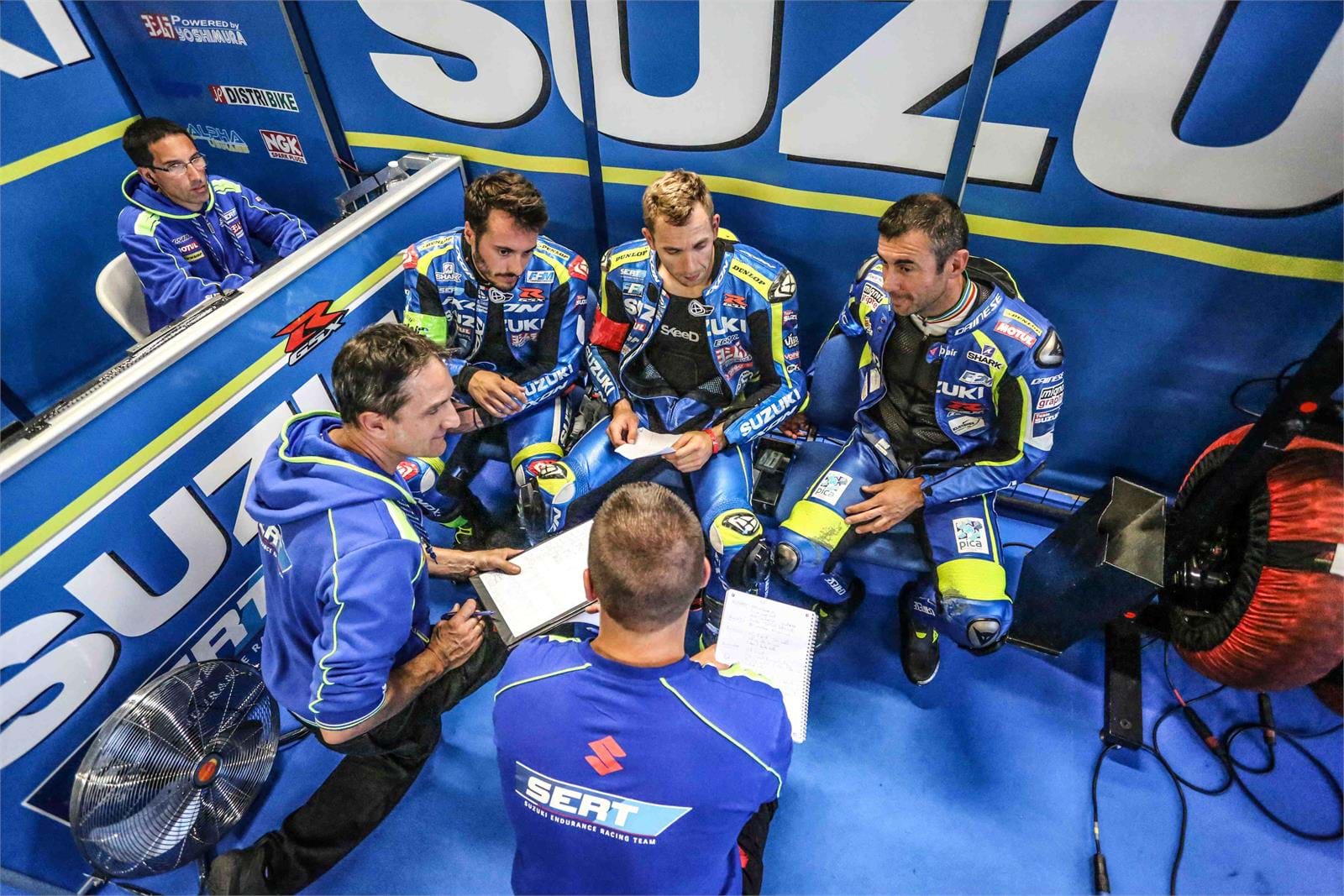 Black joined SERT - Suzuki’s factory-supported endurance racing team - at the end of 2017 for the Bol d’Or, the opening round of the 2017-18 season. He came within a whisker of winning the world title this year, missing out at the final round at Suzuka in July, but got the 2019-20 campaign off to a winning start with victory at the Bol d’Or in September.

“There was definitely a feeling of more pressure, when I signed for SERT. When you come into endurance you know that SERT is the best team. It’s always the team held up as the example, really. They have the most experience, the most titles. You think, one day, it’d be great to be in that team, and then you get the offer, sign the contract, and you feel the pressure from the first test. Not necessarily from the team, but you don’t want to make a mistake and you want to get it right and be fast. It worked out well for me though, I felt comfortable in the team and it feels familiar now.”

He has won races and titles in sprint racing and in endurance, but we couldn’t help wondering how they differed, or if they differed. Maybe due to the bigger team element of endurance racing, perhaps? Or the race length?

“It’s always emotional and always nice to win races,” Black says before pausing. “But I think it is different in endurance,” he says slowly. “Like winning the Bol d’Or a couple of months ago. At the time there is so much more relief, than there is satisfaction, because it’s been so hard to get to that point; all the preparation, all the testing, then such a long race where you’re on track for so long, but also watching your teammates race, unable to influence anything on the track, you’re just hoping for a good result, and to take a chequered flag after 24 hours of racing,” he pauses again. “Yeah, it’s more relief than anything else.” 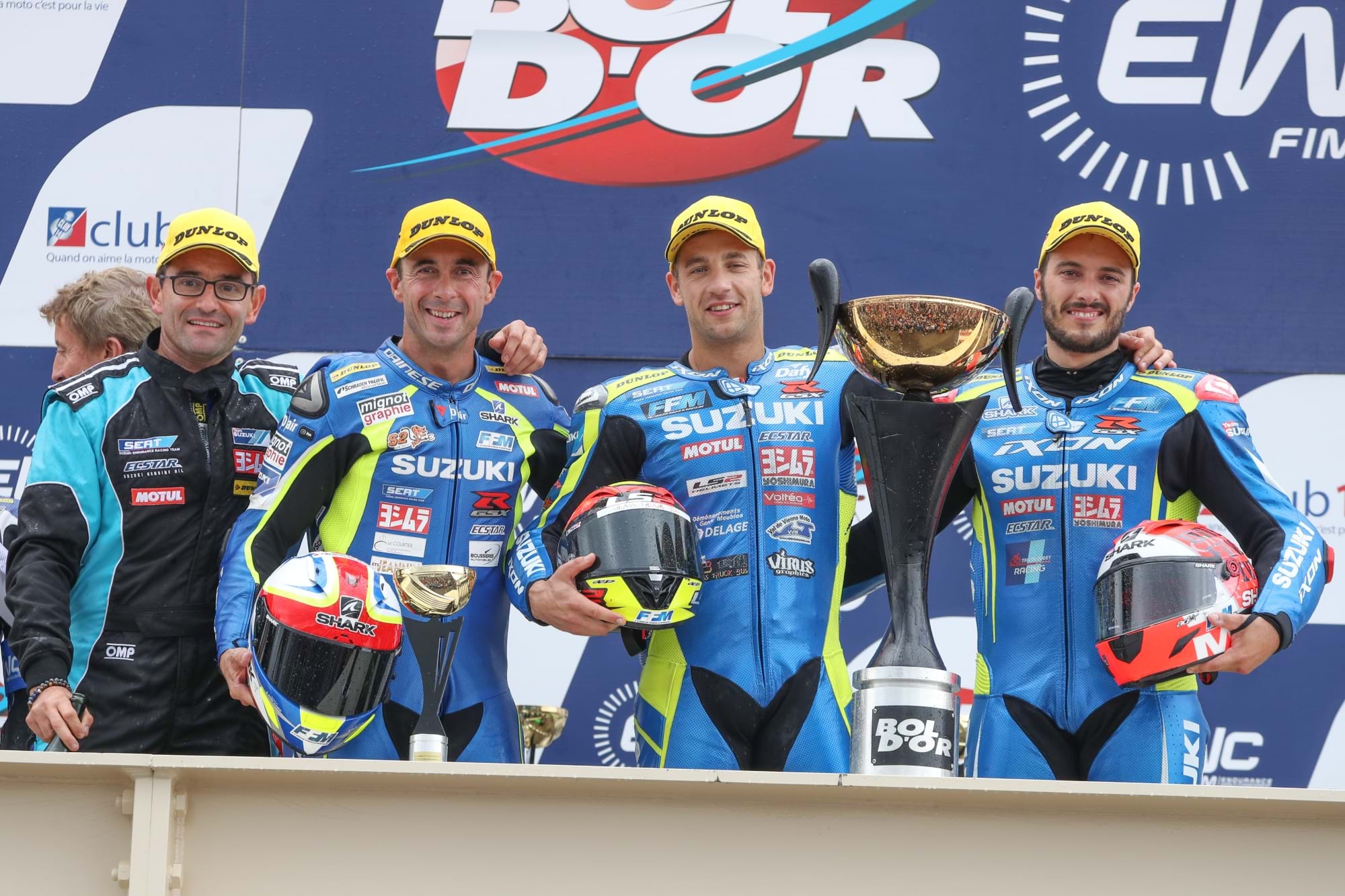 SERT raced with the new GSX-R1000, for the first time, in the 2017-18 season. A year later they were close to winning the championship, and they have kicked off the third season of competition with the bike dubbed the XRJ1 - the factory denomination for the superbike - with a win. The team’s target is certainly to claim that next world championship, with the season continuing at Sepang in the middle of December.

“There are always teething problems with a new bike, and it was especially difficult for the team in year one because there were slight delays with parts, so they were on the backfoot initially. It was always going to be one full year of learning the bike. This year we were close. We were on the podium at Le Mans, Slovakia. Oschersleben was a bit harder, with a crash, but it was still looking good for the championship, and we were on course for the title with four minutes to go at Suzuka when we had an engine problem. It was heartbreaking for the team, for sure, but EWC is tough. We’d done a year and a half with the bike and it was a problem that we’ve never had before, and the bike is still relatively new so the team are still learning.

“But this season we started with the win at the Bol d’Or, and it’s on to Sepang next, a new round in the championship. It’ll be difficult, I think a few Japanese specialist teams will come over. But if we can get some good points on the board, hopefully we can go into 2020 and the second half of the season looking good for another championship challenge.”