Thomas Ramette was crowned the 2017 Arenacross champion at the weekend after a tense series finale at Wembley.

The Frenchman claimed his and Suzuki’s third consecutive Arenacross title, as the racing went down to the wire at the final round.

Three RM-Z450-mounted riders were in with a chance of winning the title, so close was it at the top of the championship standings. SR75 World Team Suzuki’s Ramette arrived in the capital holding third place, but started his night strongly with a win in his opening heat race.

However, it looked as though it was going to be a tall order after a crash in his second heat gave him a poor gate pick for the main event.

The second quickest time in the hot-lap time trial helped him add a couple more championship points to his tally, before it all came down to the final race.

Ramette slotted into the podium fight early on, while his teammate, Cyrille Coulon – who topped the hot-lap time sheets – hit the front and took off. Meanwhile, the two Team RFX St. Blazey Suzuki pilots of Angelo Pellegrini and series lead Cedric Soubeyras didn’t make the best of starts, and gave themselves work to do.

That work for harder for Soubeyras, as he tangled with another rider and crashed on the opening lap. With Ramette holding station ahead of Pellegrini, it was his championship to lose.

At the front, Coulon also crashed out, and after aggravating an old injury, he retired. Ramette was promoted to second place, and knowing he needed to keep it upright, rode a controlled race to take the chequered flag. It was enough to give him the points he needed to overtake both Pellegrini and Soubeyras – who had another crash while trying to make up ground – in the championship standings and hand him and SR75 World Team Suzuki a third championship title in succession. 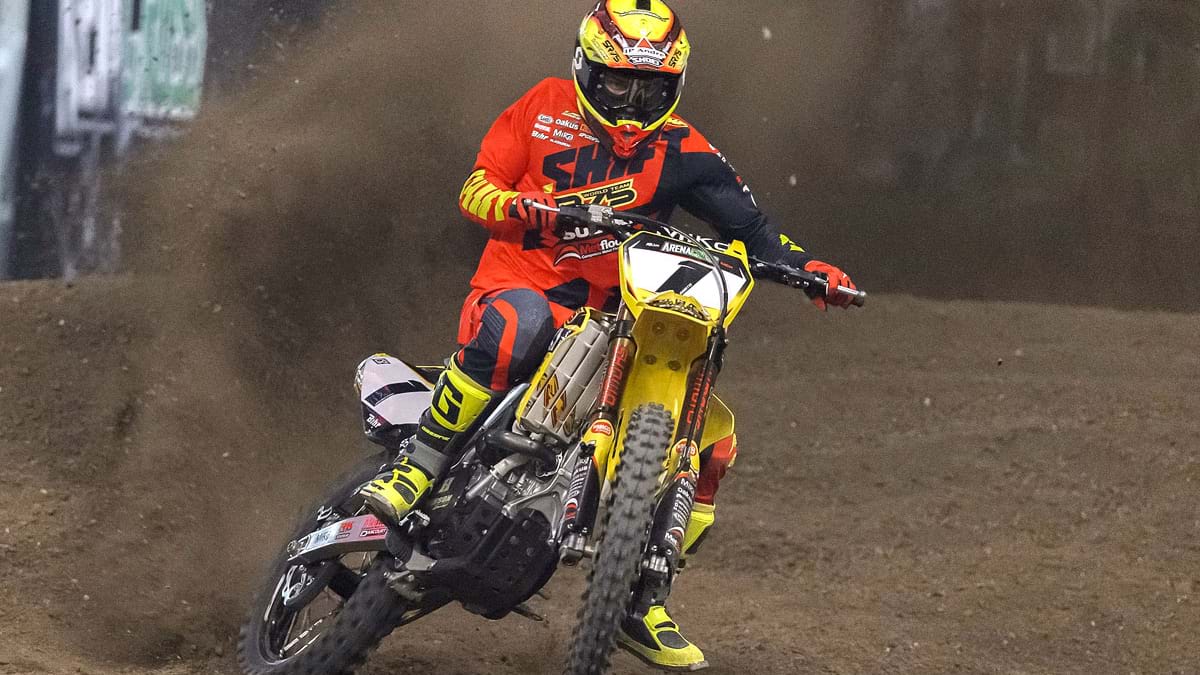 He said afterwards, “It feels amazing to be a three-time champion. I never gave up this year even though it was a difficult series with lots of competition. I had my own ups and downs but we kept working and it’s great get to the end and take the championship.

“I knew the hot lap was crucial if I was to be in a position to win this title. It was good to get this extra points, and then in the main event I saw that he went down. I wanted to win the race but it was important to stay on two-wheels, so I finished second but it was enough.

“I have to thank my team because the bike is amazing. It’s so nice to race and it is winning championships all over Europe. Hopefully it can win another Arenacross title next year.” 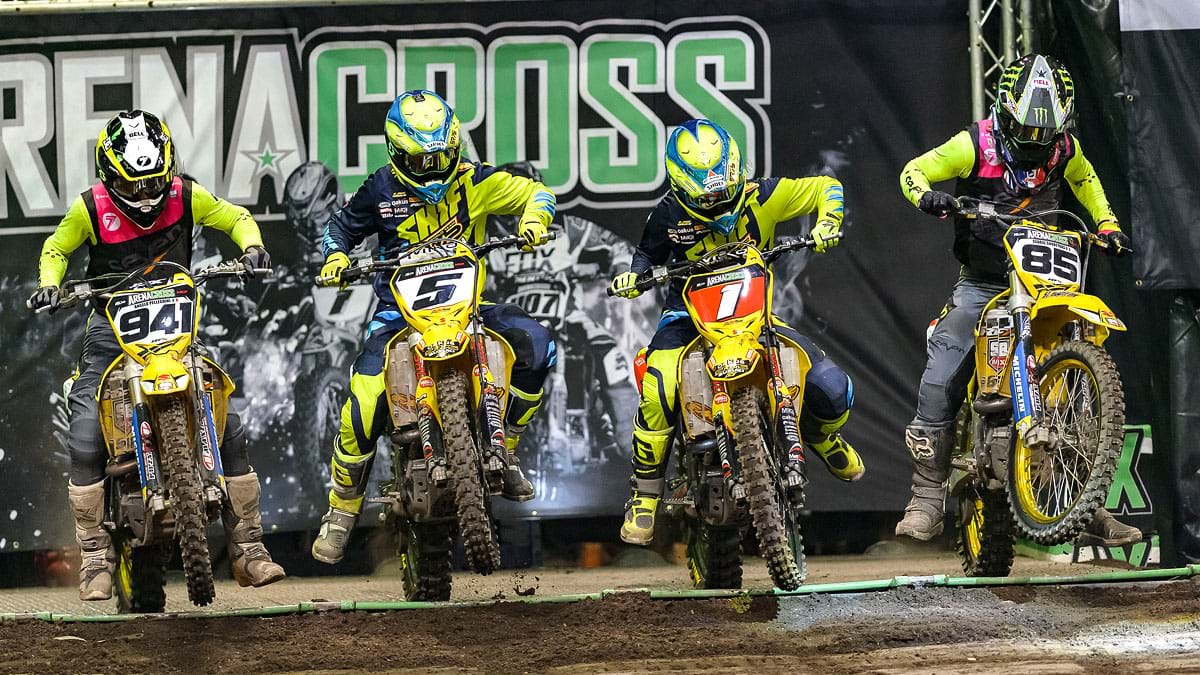 Pellegrini and Soubeyras finished second and third respectively in the championship standings, giving the RM-Z450 and Suzuki a championship podium lockout for the series. They also helped Team RFX St. Blazey Suzuki pick up the Arenacross team championship.

Suzuki riders won more than half of the tour’s main events, taking four wins from seven rounds, with a further 22 heat race wins from 28 attempts.